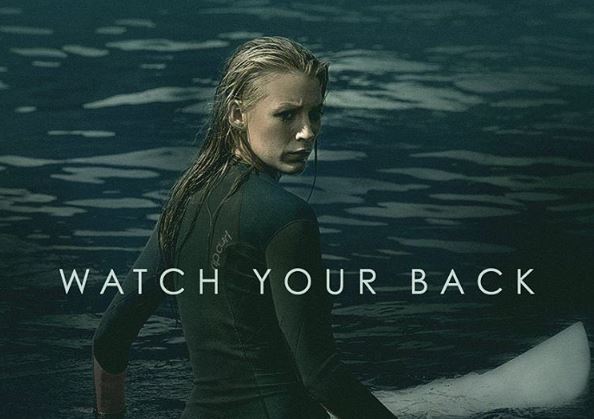 The Shallows Review: Blake Lively’s Booty vs. The Beast – Actress not only Fits into a Bikini Swimmingly; She Delivers a Versatile & Compelling Performance

Part Castaway part Into the Blue part Jaws part MacGuyver, The Shallows will have audiences worried about the future of Blake Lively’s character, Nancy. Will she get eaten by the giant shark? If not, how much collateral damage will that gorgeous, athletic body take during the epic multi-day chess-match between her and the Optimus-Prime-Sized Great White shark that stalks her throughout the movie. You can’t blame the beast either. Lively is in perfect form, and the camera seems to read our minds as it returns over and over again to her bikini body, reminding many how far they  have to go in their daily fitness regime to achieve Blake Lively status. The fascinating aspect of this film, however, is that because it is simple, and provides all that eye candy, you expect this film fall short, but it holds up as a tight, suspenseful thriller, semi-light on the gore, heavy on the psychology. My immediate neighbor in the movie theater achieved a two-inch vertical off her seat on a few occasions, and so did many other folks, as this film does have its pop-out-of-your-chair moments.

While Nancy is not a Navy Seal or Marine Biologist, she has three things going for her: 1) she’s a med student 2) she’s athletic and 3) her hero, her mother, died of cancer, but didn’t go down without a fight. In fact, it appears that her visit to this remote beach in Mexico was not so much to catch some killer waves, but more so to pause and reflect on her life, and to immerse herself in a special place where she had some great memories with her late mother.  The next thing she knows, however, a giant shark invades the lagoon and she finds herself on a rock about two football fields away from the beach. The cliche “so close, but so far away” could not be more appropriate, as the beast has decided to wait Nancy out as long as needed.

The movie is Blake vs. Goliath, brains vs. brawn, and to say not everyone in the movie has Nancy’s intelligence is a big understatement. Unfortunately, the movie does unnecessarily “spoil” itself at times. It does have that corny and predictable aspect to it, and it could have elevated itself to not just a great shark movie, but a great thriller overall.

One of the best aspects of this film, however, is the choice to make it 87 minutes. It is super tight, super clean, and has some modern elements that make this quasi-Jaws reboot extremely relevant. Social media posts, video chat, and the Go Pro are used in a way that connects us to this story and the characters.

Not too gory, not too long, easy on the eyes, The Shallows has all those superficial elements to make for a fun date-night movie. While most accomplished actresses might have passed on this “simple” role, you have to admire Blake Lively for delivering the best performance possible with the material and showing us delivering a range of emotions in a way that is identifiable, magnetic, and convincing.