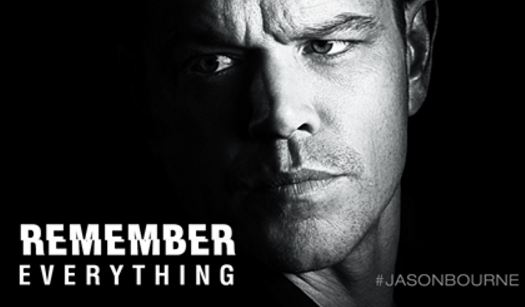 Jason Bourne Review: The ‘Casino Royale’ of the Series? Matt Damon’s Bourne Searches for Answers Around the World and in Sin City

Jason Bourne Review: Paul Greengrass, director of The Bourne Supremacy and Ultimatum, gives audiences the ultimate thrill ride from start to finish. Reminiscent of last year’s Mad Max, you can expect non-stop action to kick off the film for the first 20 minutes or so.  With the final Batmobile-Chase-like sequences taking place in Las Vegas, you can’t help making comparisons the the legendary Bond film, Casino Royale. Though Bourne is a lot more one dimensional than Bond in Royale, the film makes up for the lack of a good love story, by putting its finger on the pulse of the privacy issues involved with technology while presenting us with a damn good spy movie.

While we get a Fugitive style Tommy Lee Jones as the director of the CIA in this film, we are graced with the gorgeous Alicia Vikander onscreen, who is convincing as an up-and-coming CIA newbie with a conscience. We also see Bourne’s old friend Julia Stiles who plays Nicky Parsons, who also does a fine job in 24-ish fashion.

For Bay Area folks, it was a kick to get to see a portrayal of behind-the-scenes discussions between the CEO of a social networking giant, and a CIA director. Though we got a glimpse of Silicon Valley, we couldn’t help but want to see more of the local sites in this installment of the colossal franchise.

Jason Bourne Review:  We want to keep this review spoiler-free, so we’ll just lay the premise down as CIA’s most lethal former operative is drawn out of the shadows. He has more than his fair share of enemies, and his own government’s surveillance technology makes it harder and harder for him to hide. More questions surface about his father though, and that is enough to make this guy travel anywhere, under any conditions, to find the truth. Can he handle the truth? The better question is can Sin City handle Bourne when he basically tears up the Las Vegas Strip in a mad fury towards the end of the film.

We loved the last 20 minutes of jaw-dropping action, and while we initially felt it was a 10 out of 10, it was more like an 8, based on the lack of character development. But on action alone, it’s still about a 9 or 10. Definitely worth of your big screen dollars this summer.