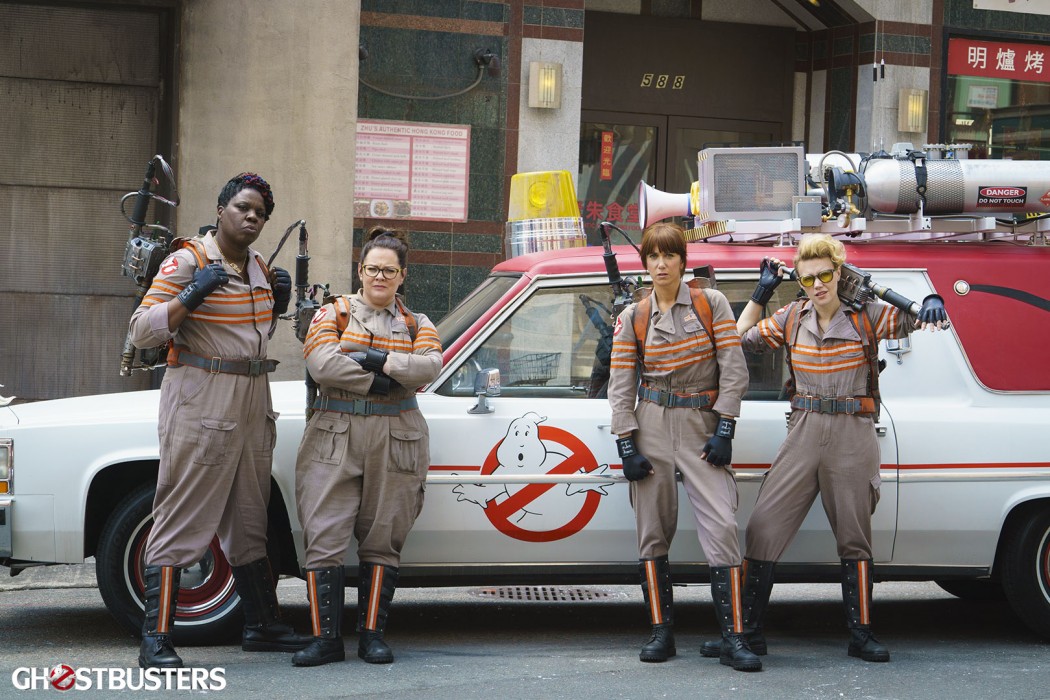 Ghostbusters Movie Review: Cheesy, But Loveable Tribute – Family-Friendly, with Plenty of Cameos and Nostalgic References, this Reboot Compensates for a Yawner of a Script. 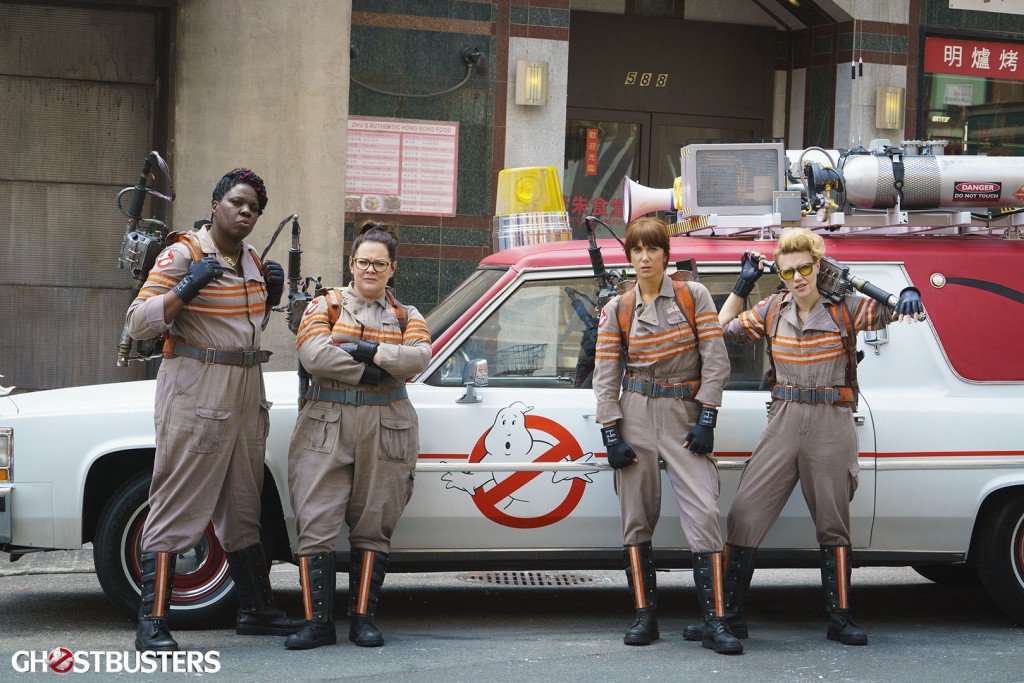 Who doesn’t love the Ghostbusters franchise? So the simple recipe for a blockbuster  is to take that unbridled affection, add some colorful CGI, put a new spin on music, ghosts, and outfits and throw in some of the funniest actresses in Hollywood. That’s enough for people to go gaga, families to turnout in droves, and collectors to grab the latest merch.  But when you see an all-star  female team of Melissa McCarthy, Kristen Wiig, Kate McKinnon, Leslie Jones, it is reasonable to expect a some hilarity. Watching this movie was like watching a bad SNL skit. Chris Hemsworth as a ditzy receptionist adds a good laugh or two, which is as many as you’ll get combined out of the lead actresses.

This film reminded us of a Universal Studios Tram Tour. It’s a long, but fun trip down memory lane, narrated by Jimmy Fallon, who is super funny, but all we get out of him is a bunch of corny jokes. Still the tour is exciting, it is a must-see, and you are anxious to see what’s in the next scene. That’s Ghostbusters in a nutshell. Bring the family. Aside from a fart joke, everything is Disneyland-appropriate. The second half of the movie is like the Haunted Mansion on steroids. It picks up and as you would expect, the “ghostbusting” is by far the money shot that we all came to see.

You can also expect cameos (no-spoilers here), and a great credits sequence, and you’ll get an OK teaser if you wait until the very very end.

Hopefully the sequel will be funnier and have a respectable villain. Neil Casey, a funny actor, is one of the worst bad guys we’ve ever seen on film. But Ghostbusters is like an NBA team that commits 40 turnovers, and still manages to win. Something about this group of McCarthy, Wiig, McKinnon, Jones, and Hemsworth is magnetic, and with some tweaks, there’s a great chance to make a killer follow-up.