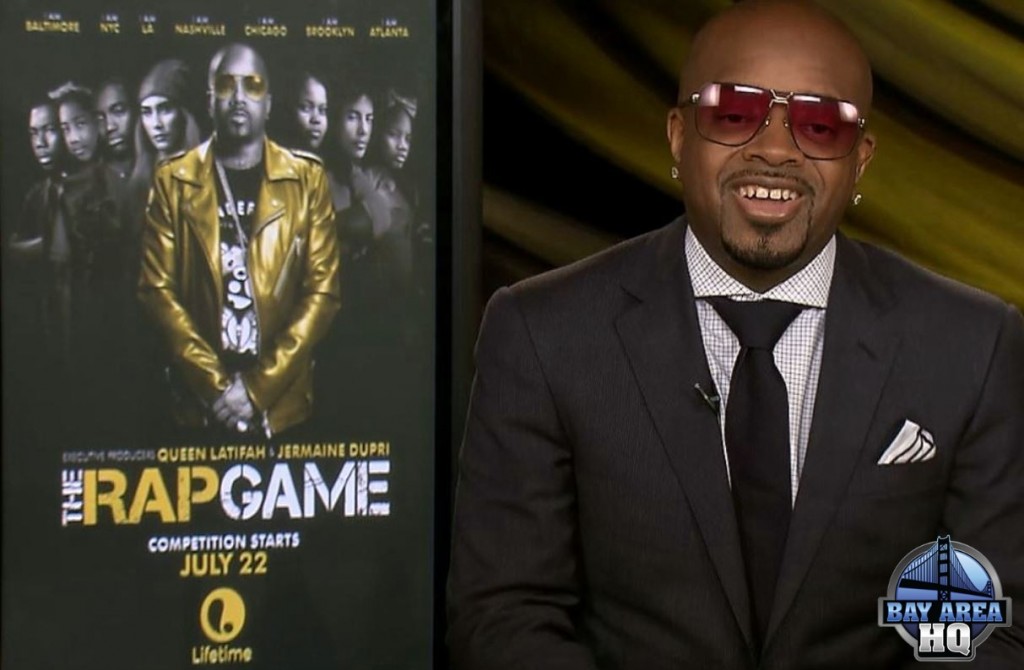 We asked So So Def  Owner Jermaine Dupri if he would rather find Pokemon in the Pokemon Go game or America’s next young rap superstar. But that’s not all. In this no-holds-barred interview, Jermaine Dupri talks about more than Pokemon Go. He goes on in-depth on whether he has ever been romantic with longtime friend Mariah Carey and talks about the most dangerous situation in his career. He also shares advice for aspiring young artists and gives us insight on The Rap Game contestant Tally.

FROM QUEEN LATIFAH, FLAVOR UNIT AND JERMAINE DUPRI,  GET READY TO RHYME AND FLOW WITH SEASON TWO OF LIFETIME’S HIT SERIES, THE RAP GAME, PREMIERING JULY 22

School is out and summer is in full swing,but for seven aspiring artists, classes are just beginning! Learning from the best in the music industry, these young rappers have the opportunity to work with Grammy winner and producer Jermaine Dupri in an all–new season of The Rap Game (#TheRapGame), premiering on Friday, July 22, at 10pm ET/PT. Helping to mentor these youths are some of the most successful artists in the music industry including iconic singer Mariah Carey and legendary rappers Snoop Dogg, Timbaland, Nelly, Bow Wow, Monica, Da Brat, Flo Rida and producers, Bryan–Michael Cox, Zaytoven and Mike Kalombo. The winner will receive a recording contract with Dupri’s label, So So Def Recordings. Grammy and Emmy award winner Queen Latifah and her partner Shakim Compere are executive producers under the Flavor Unit umbrella, alongside Mechelle Collins and Kevin Dill of Intuitive Entertainment and Jermaine Dupri.
The first season finale of The Rap Game ended with series highs across all demos including 2.2 million Total Viewers (a +69% jump) based on L+7. The series propelled Lifetime to be the number one cable network among Women 18–49 and Women 25–54 in its Friday 10–11pm time period.

Jayla Marie, 11, Staten Island, NY – Jayla Marie recorded her first song at the age of three and started rapping a year and a half ago.  During this time, she has been recognized by some of the biggest names in the industry including Nas and P.Diddy and has worked alongside World Star Hip Hop Foundation doing charity work.  She is known as the Princess of Hip Hop and R&B because she puts some singing and harmonizing into her rap songs to give it that R&B feel.

J.I. aka The Prince of New York, 14, Brooklyn, NY – With three years of rapping under his belt, J.I. brings a level of lyrical genius that’s on par with some of thebiggest names in the industry. Influenced by Tupac and Nas, what The Prince of NY lacks in experience, he makes up for in impressive freestyles and a unique flow.

Lil’ Key, 15, Baltimore, MD – Lil’ Key started rapping at ten years old when heperformed a gospel rap in a church talent show. An avid writer, Lil’ Key writes his
own music and is focused on finding a unique sound to stand out from his peers with his parents by his side.

Mani, 15, South Central LA, CA – Mani started spending time in the studio when he was six years old and released his first mixtape at twelve. He recently dropped his single, “I’m the Best,” and has been making music with DJ Battlecat and Tha Dogg Pound, as well as opening for Mindless Behavior. Managing Mani’s career is a family affair with his mom focusing on the business side of matters and his dad overseeing all things creative.

Mini Barbie, 12, Atlanta, GA – At the age of two, Mini Barbie impressed her mom by singing Beyonce’s “Irreplaceable” verbatim and since then, has performed all over Atlanta. A fashion trendsetter with devoted fans, she idolizes Nicki Minaj andwants to be the last rapper standing.

Nia Kay, 14, Chicago, IL – Nia Kay began rapping at the age of eight and made her first music video by the time she was ten. With the encouragement from her parents, she uses rap as a platform to express herself, always pushing to be better and work harder. Inspired by Lil’ Wayne and Nicki Minaj, working alongside Jermaine would mean everything for Nia Kay.

Tally, 16, Nashville, TN – Tally discovered her rapping abilities accidentally, rappingthe hook to a song her sister was singing. The discovery led her dad to recording
her rapping in their home studio. While acting was Tally’s first passion, rapping has now taken over in hopes she can show other girls that regardless of their ethnicity or background, they too can rap.

What is SanFranCinco you ask? It’s the third installment of EyeHeartSF’s Cinco De Mayo Block Party Celebration that has drawn both the coolest and…