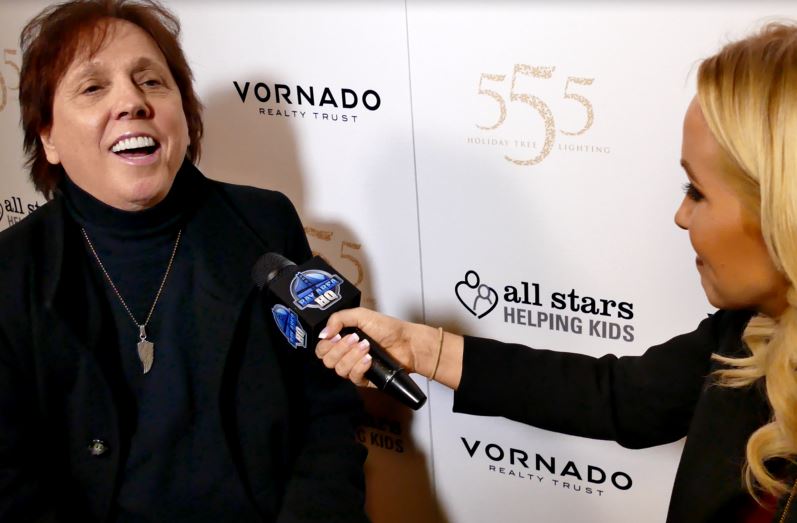 We also catch up with Ronnie Lott, who shared some advice for the holidays.

The 555 California Street Tree Lighting is one of San Francisco’s Premier Annual Tree Lighting Events. Celebrating the 10th Anniversary in 2016, the holiday season was kicked off last night with an electric special performance by the legendary Doobie Brothers along with annual performances by the Dick Bright Orchestra and the Pacific Boy Choir!

The 555 California Street Tree Lighting benefits All Stars Helping Kids (ASHK), a Bay Area nonprofit that works to disrupt the cycle of childhood poverty and encourage innovation through seed funding and consulting with other area nonprofits.

ASHK was created in 1989, when NFL Hall of Famer Ronnie Lott gathered his friends for a dinner to benefit the local community. Astounded that he had raised $100,000 in one night, Ronnie invested the money in several nonprofits fighting poverty in the South Bay. Since then, ASHK has used this simple formula of raising money and redistributing it to create opportunities in education, health and life skills for disadvantaged youth.

TMNT 2 Review: Ninja Turtles in 3D Worth Shelling Out For

TMNT 2 Review: Ninja Turtles in 3D Worth Shelling Out For – Teenage Mutant Ninja Turtles: Out of the Shadows is a Fun Ride…