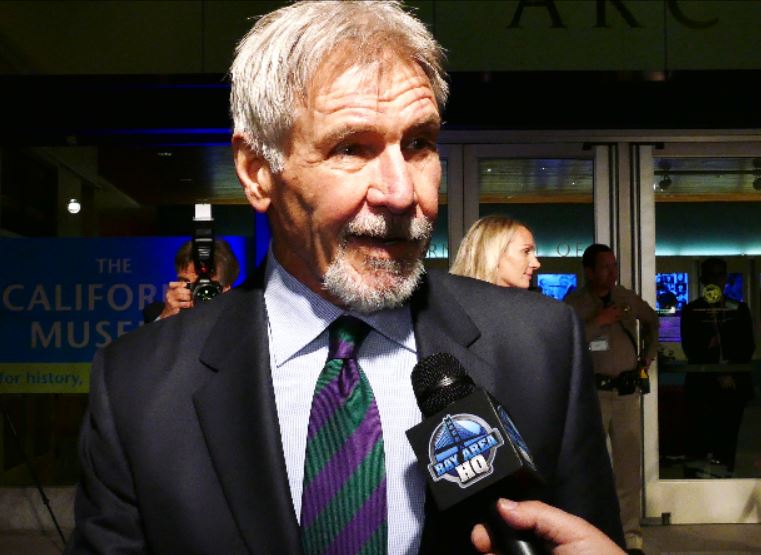 Celebrating the 10th class of the California Hall of Fame, this new exhibit features items on loan from the inductees’ personal collections. Notable artifacts include:

Harrison Ford has starred in some of the most successful and acclaimed films in cinema history, including the landmark Star Wars and Indiana Jones franchises and a total of eight Best Picture Oscar®-nominated movies.  Ford earned an Academy Award® nomination for his compelling portrayal of Detective John Book in Peter Weir’s 1985 Oscar®-nominated hit Witness, for which he also received Golden Globe and BAFTA Award nominations, all for Best Actor.  Ford subsequently garnered three more Best Actor Golden Globe nominations: for his performances in Weir’s 1986 drama, The Mosquito Coast; the 1994 Oscar®-nominated blockbuster, The Fugitive, for director Andrew Davis; and Sydney Pollack’s 1996 remake of Sabrina.

Over the course of his illustrious career, Ford has also been repeatedly honored for his contributions to the film industry, including the British Academy of Film and Television Arts’ Albert R. Broccoli Britannia Award for Worldwide Contribution to Entertainment in 2015, the Hollywood Foreign Press Association’s Cecil B. DeMille Award in 2002, and the American Film Institute’s Lifetime Achievement Award in 2000.  In 1994, the National Association of Theater Owners named him the Box Office Star of the Century.

He was recently cast in Blade Runner 2, to premiere domestically on January 12, 2018.

In 2013, he starred in Brian Helgeland’s acclaimed drama 42, the true story of legendary baseball player Jackie Robinson, who broke baseball’s color line.  Harrison Ford has received widespread praise for his portrayal of Branch Rickey, the general manager of the Brooklyn Dodgers who changed history when he signed Robinson to the team.

A native of Chicago, Harrison Ford launched his film career in 1973 with the breakthrough role of hot-rodder Bob Falfa in George Lucas’s seminal hit American Graffiti. Four years later, he reunited with Lucas to play the iconic role of Han Solo in Star Wars: Episode IV – A New Hope. The sci-fi epic earned 12 Oscar® nominations, including Best Picture, and went on to become the top-grossing film in history, a record it held for 20 years.  Harrison Ford reprised the role of Han Solo in the sequels The Empire Strikes Back and Return of the Jedi.

Ford currently serves as a Vice-Chairman of the board of directors for Conservation International, a nonprofit group that protects biodiversity in trouble spots internationally. He has been a member for over 25 years.

The Golden State Warriors are hot, hot, hot, and forward Harrison Barnes is one of their guys leading the pack. Barnes will be appearing…