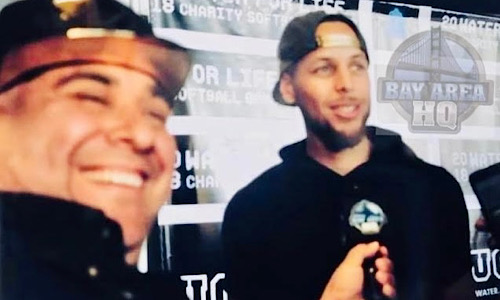 Stephen Curry is well on the road to capture his third NBA MVP. Curry won back-to-back NBA MVPs: first, in 2014-15, with the second one being unanimous in 2015-2016. #30 was the only unanimous vote in NBA history and also came in third last year in MVP race. This season, Stephen Curry has been shooting 3 pointers at a record pace and playing great defense. The Warriors have great depth of amazing players on the bench which contribute to their scoring success, such as: Jordan Poole and Andrew Wiggins.

Curry is clearly the early favorite to capture his third MVP trophy. So far this season, it seems like everyone is cheering for this MVP front runner at both his home court, at Chase Center, and also his opponents’ arenas. During the second quarter and at the beginning of the second half of the Warriors’ game against the Brooklyn Nets at Barclays Center, a lot of fans were chanting MVP when Curry was at the free-throw line. These sentiments were felt at Cleveland too were the home fans chanted, “M-V-P!”

There’s still a long way to go in the 2021-22 NBA season, but Curry and The Warriors seem to be unstoppable and continue to amaze their fans as well as their opponents’ fans. There is a great sense of feeling that we will be hearing more MVP chants in other arenas throughout this season along with Stephen Curry’s amazing play!