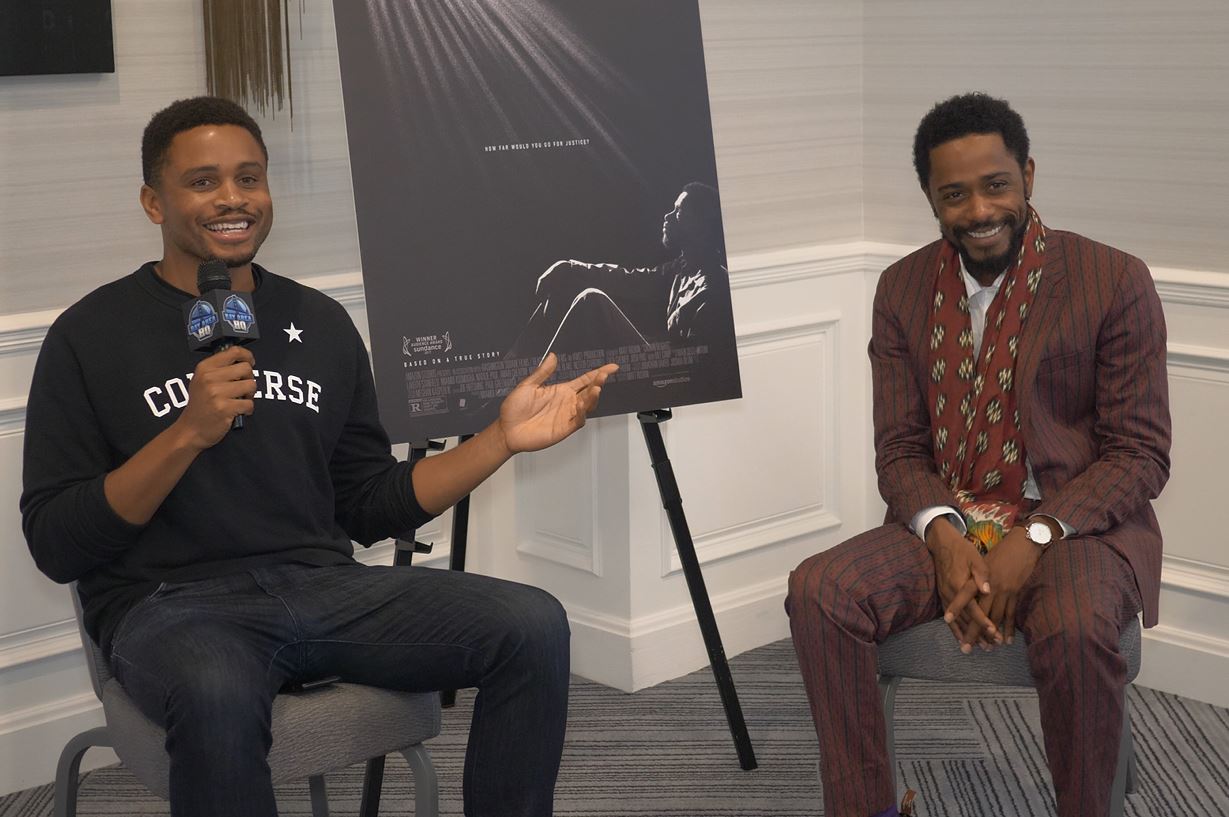 Crown Heights Movie is now playing in theatres nationwide and we had a chance to talk to two amazing actors and artists: Lakeith Stanfield and Nnamdi Asomugha. The two talked about the San Francisco Bay Area and the transformation that takes place when they step into their roles.

Be sure to watch Crown Heights this weekend. We saw the film and it featured powerful performances from both Lakeith and Nnamdi. The movie is not only very emotional and moving, but it will also likely make each and every viewer more aware of the inequalities and cracks in the  justice system in America. Watch the video  for the fun and informative interview with these guys.

Lakeith Lee “Keith” Stanfield (born August 12, 1991) is an American actor and musician as well. His first feature film was Short Term 12 (2013) and for that role he was nominated for an Independent Spirit Award. One year later, he also ppeared in the horror film The Purge: Anarchy and in the Martin Luther King biopic Selma as civil rights activist Jimmie Lee Jackson. The next year, he appeared in the film Dope and the biopic about the hip-hop group N.W.A, Straight Outta Compton, where he portrayed Snoop Dogg. In 2016, he appeared in the Oliver Stone biopic Snowden and began starring on the Donald Glover TV series, Atlanta. In 2017, he appeared in the critically-acclaimed film Get Out as Andre Hayworth / Logan King.

Nnamdi Asomugha produced Crown Heights and also stars in it.  He’s an actor and former NFL cornerback who played college football in the Bay Area for the University of California, Berkeley, and was drafted in the first round of the 2003 NFL Draft by the Oakland Raiders. He also played for the Philadelphia Eagles and San Francisco 49ers.  He’s has other film roles, but Crown Heights is one of his best performances ever.

When Colin Warner is wrongfully convicted of murder, his best friend Carl King devotes his life to proving his innocence. Adapted from THIS AMERICAN LIFE, this is the incredible true story of their harrowing quest for justice.

In the spring of 1980, a teenager is gunned down in the streets of Flatbush, Brooklyn. The police pressure a child witness to identify a suspect. As a result, Colin Warner, an 18-year-old kid from nearby Crown Heights, is wrongfully convicted of murder and sentenced to life in prison. Colin’s childhood friend Carl ‘KC’ King devotes his life to fighting for Colin’s freedom. He works on appeals, takes loans for lawyer fees and becomes a legal courier to learn the court system. This incredible true story is basedon the acclaimed This American Life piece and adaptedby writer/director Matt Ruskin, with Lakeith Stanfield playing Colin Warner and Nnamdi Asomugha as Carl King. In select theaters August 18.