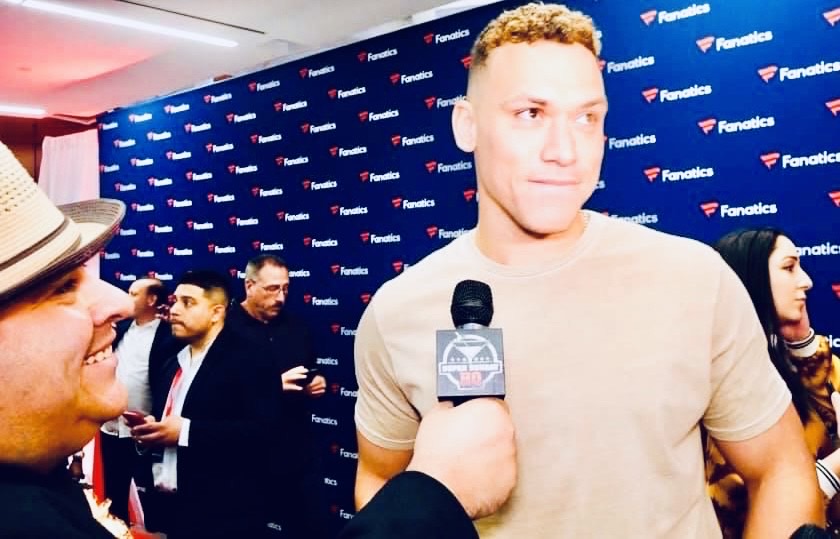 Congratulations to New York Yankee Right Fielder Aaron Judge! This Bay Area native is so humble, nice and he deserves to be The All Time American League Home Run Champion! Judge was born and raised in Linden, California, and was a Giants fan growing up. Giants shortstop Rich Aurilia was his idol, as he wore Number 35 as a kid. Judge is an amazing representation of a player in the game of Major League Baseball and his pure talent, dedication & skills allowed him to succeed & reach this milestone of 62!

Aaron Judge is set to be an unrestricted free agent this winter which has Bay Area fans hoping he becomes a Giant and contributes to the future team’s success. Judge is also a fan of Buster Posey and has a Posey jersey framed on his wall. At the time of this interview, Buster Posey was an active player in the league with him and would make sense why he answered the question in our interview below appropriately! Now Aaron might have a chance to work under the newly minted member of the Board of Directors and part owner of the team!

The Kentucky Derby “Run For the Roses” this Saturday in SF

On Saturday, May 3rd, from 1pm-6pm, The Guardsmen are presenting a Kentucky Derby Watch Party, but this isn’t your normal tailgate. At the historic…