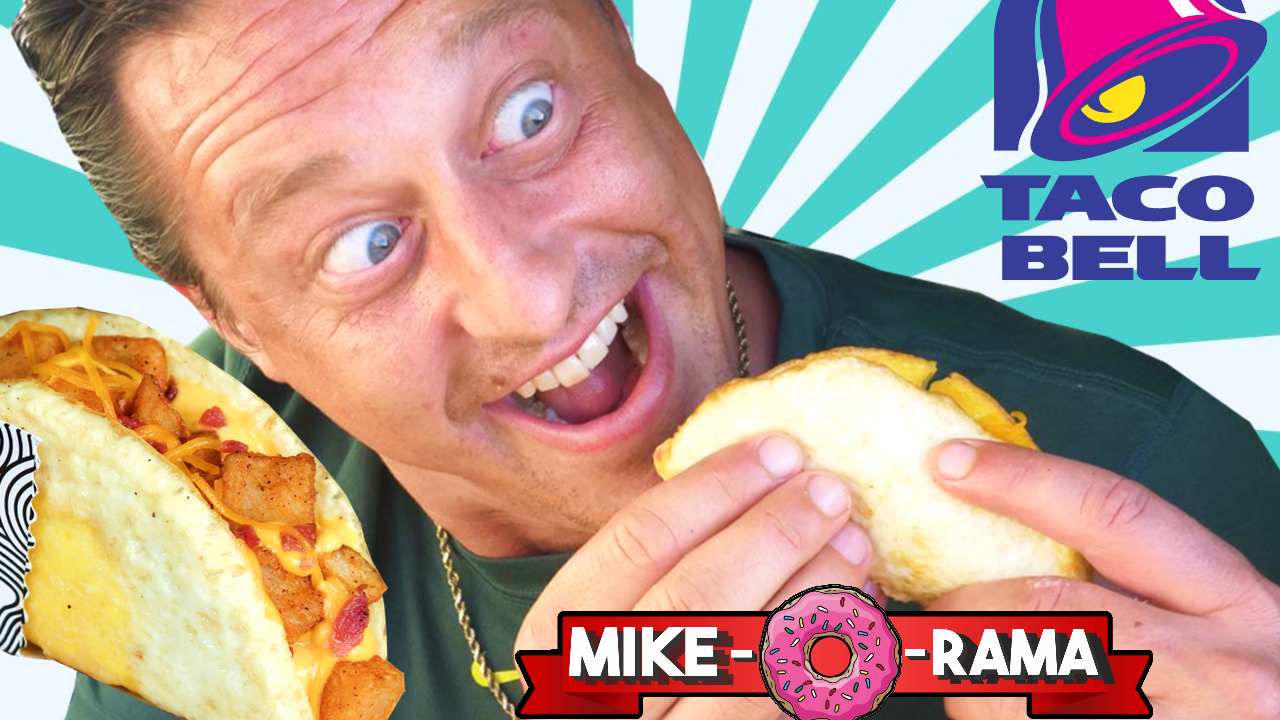 Naked Egg Taco Review (Video) Taco Bell – Watch YouTube personality Mike-O-Rama review both the Bacon Naked Egg Taco from Taco Bell and the Sausage Version. No stranger to shell innovation, Taco Bell today revealed its latest game-changing breakfast offering – the Naked Egg Taco. Created with a masterful shell made entirely of a fried egg, the Naked Egg Taco flips the breakfast classic inside out. The reimagined breakfast taco delivers a mouthful of crispy potatoes, bacon or sausage, and cheese tucked in a fried egg – available nationwide as of August 31.

Naked Egg Taco – The revamped take on a breakfast staple is available for a limited time a la carte for $1.99 or in a breakfast combo that includes a coffee or medium drink and 2 Cinnabon Delights© or a hash brown for $3.99. For the more modest, it is also available “dressed” in a Gordita Flatbread.

Taco Bell Corp., a subsidiary of Yum! Brands, Inc. (NYSE: YUM), is the nation’s leading Mexican-inspired quick service restaurant (QSR) brand. From breakfast to late night, Taco Bell serves made-to-order and customizable tacos and burritos, among other craveable choices, and is the first QSR restaurant to offer American Vegetarian Association (AVA)-certified menu items. Taco Bell and its more than 350 franchise organizations proudly serve over 42 million customers each week through 7,000 restaurants across the nation, as well as through its mobile, desktop and delivery ordering services. Overseas, Taco Bell has over 250 restaurants, with plans to add 2,000 more restaurants internationally within the next decade. The brand encourages its fans to “Live Mas” and connects with them through sports, gaming and new music via its Feed The Beat® music program. Taco Bell also provides education opportunities and serves the community through its nonprofit organization, the Taco Bell® Foundation™, and connects fans with their passions through programs such as the Live Mas Scholarshipprogram. In 2016, Taco Bell was named as one of Fast Company’s Top 10 Most Innovative Companies in the World.

Great Seats Available to See Jane Lynch Sing at the Palace of Fine Arts This Saturday, May 9th, with Kate Flannery & Tim Davis