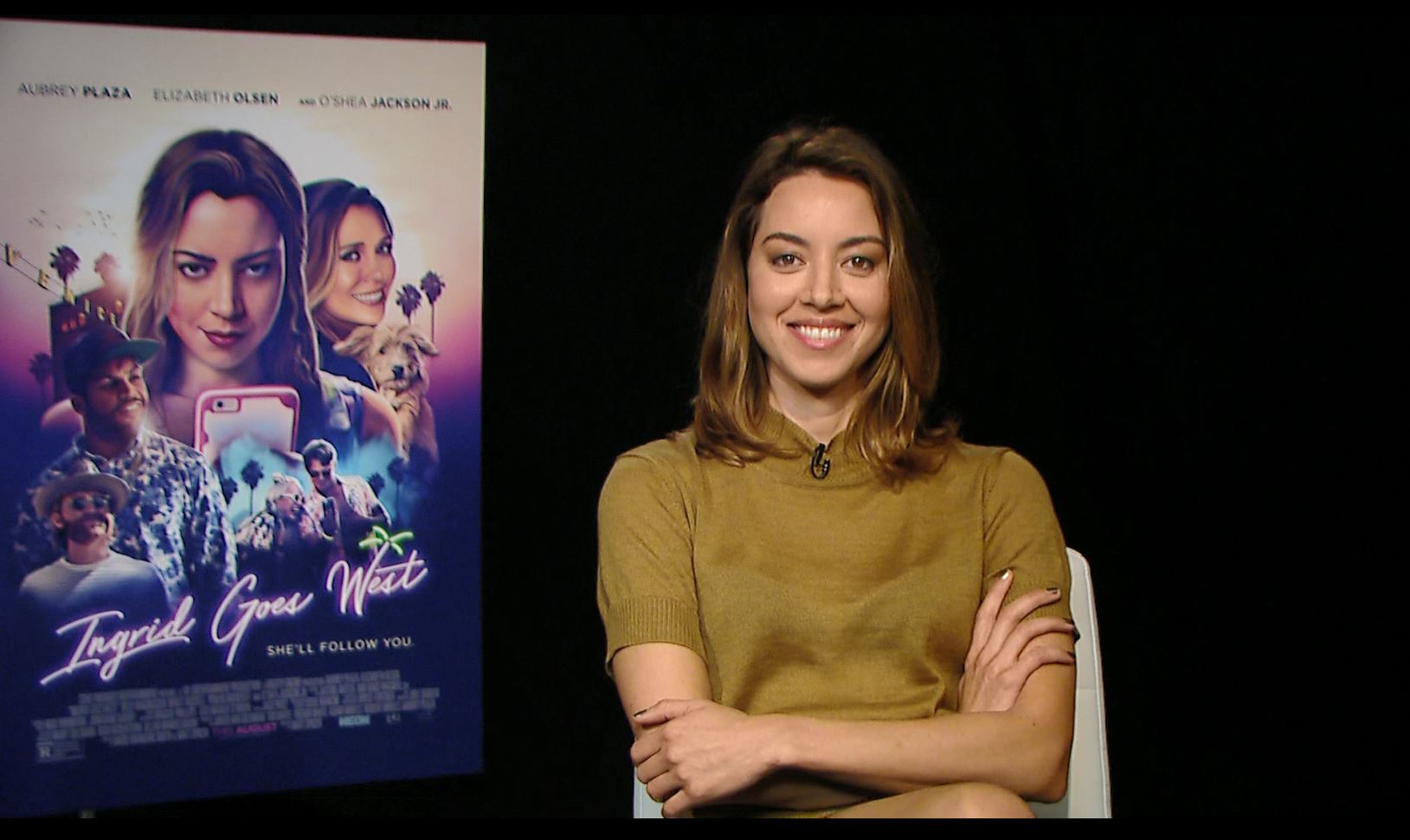 Aubrey Plaza spoke with Bay Area HQ recently about producing her second film, Ingrid Goes West, driving the streets of San Francisco, her superior basketball skills, what her castmates are really like, her love for the movie Catwoman, and much more in this candid and funny interview.

You may recognize Aubrey Plaza as she is best known for portraying April Ludgate on the NBC sitcom Parks and Recreation. Aubrey Plaza had her first leading role in the 2012 comedy Safety Not Guaranteed. She currently stars as Lenny Busker in the FXseries Legion. You’ve seen her films such as Funny People (2009), Scott Pilgrim vs. the World(2010), 10 Years (2011), Dirty Grandpa (2016), and Mike and Dave Need Wedding Dates(2016).

Ingrid Thorburn (Aubrey Plaza) is an unhinged social media stalker with a history of confusing “likes” for meaningful relationships. Taylor Sloane (Elizabeth Olsen) is an Instagram-famous “influencer” whose perfectly curated, boho-chic lifestyle becomes Ingrid’s latest obsession. When Ingrid moves to LA and manages to insinuate herself into the social media star’s life, their relationship quickly goes from #BFF to #WTF. Built around a brilliantly disarming performance from Aubrey Plaza, Ingrid Goes West (winner of the Waldo Salt Screenwriting Award at Sundance) is a savagely hilarious dark comedy that satirizes the modern world of social media and proves that being #perfect isn’t all it’s cracked up to be.

We saw Ingrid Goes West, and Aubrey Plaza adds so much depth to the Single-White-Female-Type role in the movie. The chemistry between Plaza, Olsen, O’Shea Jackson Jr. and the rest of the cast makes the film entirely cohesive and easily watchable and enjoyable. Though the ending was a little abrupt, it was a fun ride, and even more intriguing because of its provocative inclusion of the world of social media. Be sure to check this film out with friends at a theatre. It’s superbly entertaining for millenials.

The Path Hulu Podcast: Weekly “PathCast” Recap is Live! Listen to the Bay Area HQ post-show companion to the compelling drama, “The Path,” on…