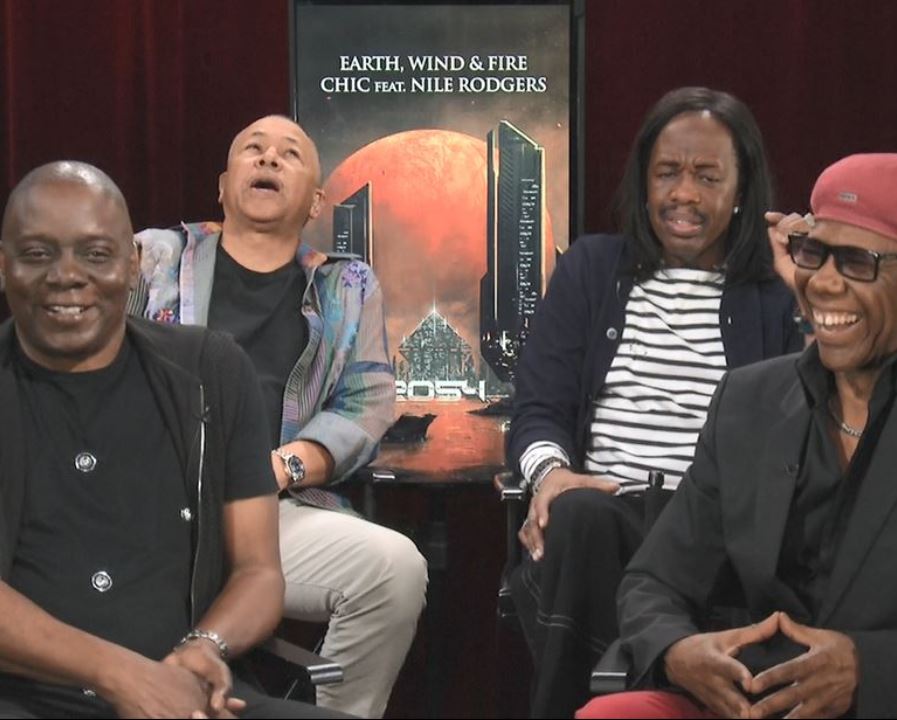 Earth Wind and Fire featuring Chic with Nile Rodgers talk to Bay Area HQ (video above) about key moments in their careers, Nile Rodgers’ legendary “Hitmaker” guitar, Philip Bailey possibly reuniting  again with Phil Collins for “Easy Lover” live, and memories performing in the San Francisco Bay Area.  Nile Rodgers also shares a funny story about how he came up with the title for Diana Ross’ chart-topping song “I’m Coming Out.” This summer, two of the most successful and critically-acclaimed bands Earth Wind and Fire and CHIC ft. Nile Rodgers will be co-headlining and embarking on 2054 The Tour.  The  best part is that the first stop of their tour is on July 12th at Oracle Arena in Oakland. Check Ticketmaster/Live Nation for tickets now. Their show should be a blast!

Amping up the summer fun, 2054 The Tour will feature a special guest DJ and a specialized seating configuration toward the front of the stage where seats will have additional space between them to encourage audiences to dance the night away.

“Nile Rodgers and Chic are legendary for their iconic style, song, sound, and groove,” said Philip Bailey, co-founder of Earth, Wind & Fire. “Get ready for a non-stop 2054 party!”

With multiple #1 hit singles between Earth Wind and Fire and CHIC ft. Nile Rodgers, 2054 The Tour will feature non-stop entertainment from two of America’s most legendary musical groups. Most recently, Nile Rodgers was honored with an Award for Musical Excellence from the Rock and Roll Hall of Fame. Earth, Wind & Fire was inducted in 2000.