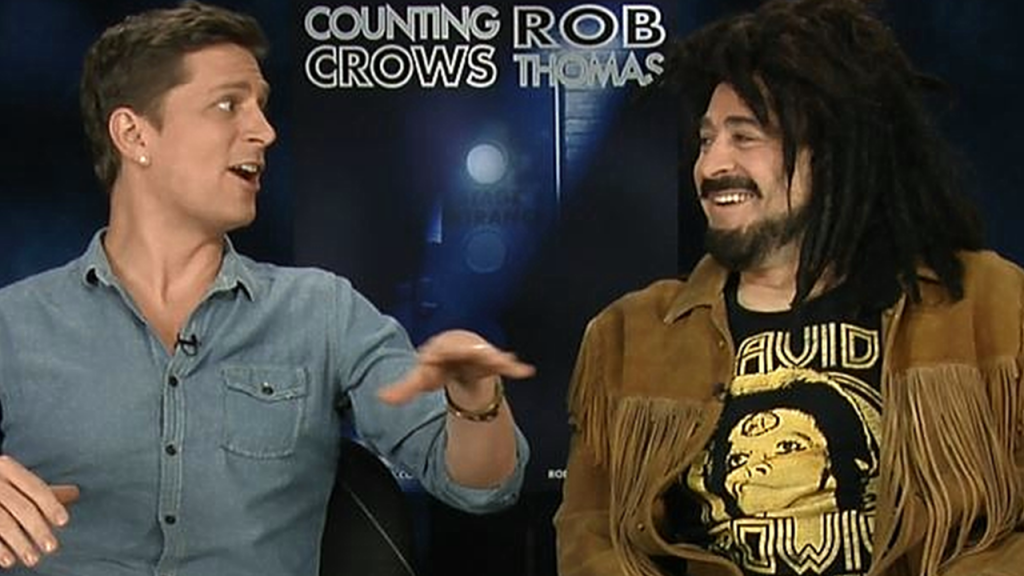 Two of music’s most captivating live performers will unite for their first time touring together this summer.  Multiplatinum-selling band Counting Crows and multiple Grammy Award winning singer and songwriter Rob Thomas announced a co-headlining tour  that will blaze a trail this summer across North America. The 39 date Counting Crows Rob Thomas tour will begin in West Palm Beach, FL on July 22, and stop by Shoreline Ampitheatre on Saturday, September 10th, 2016 at 8PM. Tickets are available here. Also visit CountingCrows.com & RobThomas.com.

Rob Thomas is one of modern music’s most compelling and commercially successful artists. For 20 years, he has been the front man and primary composer for Matchbox Twenty, leading the quintet to multiplatinum success over the course of four albums and a string of #1 hits that include “Push,” “3AM,” “Bent,” “If You’re Gone” and “Unwell.” Thomas recently released his 3rd solo album, The Great Unknown the follow up to 2005’s platinum-certified #1 album …Something To Be and 2009’s cradlesong. Thomas made history with …Something to Be as being the first album by a male artist from a Rock or Pop group to debut at #1 on the Billboard 200. With cradlesong he made history once again as the only male artist with multiple #1 hits at Adult Top 40, tying Pink with most #1s by a solo artist in the Billboard 200 chart’s history. “Smooth,” Thomas’ collaboration with Santana was recently named the top all-time track on Billboard‘s Adult Pop Songs radio airplay chart , the #2 Pop song of all time and the #1 song of the Rock-era by Billboard. Additionally Thomas was the first artist ever to be honored with the Songwriters Hall of Fame’s prestigious “Hal David Starlight Award,” created to recognize a composer in the early years of his or her career that has already made a lasting impact.

Stifler’s mom in the American Pie movies, Elle Woods’ manicurist friend in Legally Blonde, the evil stepmom in A Cinderella Story. She’s that woman in…