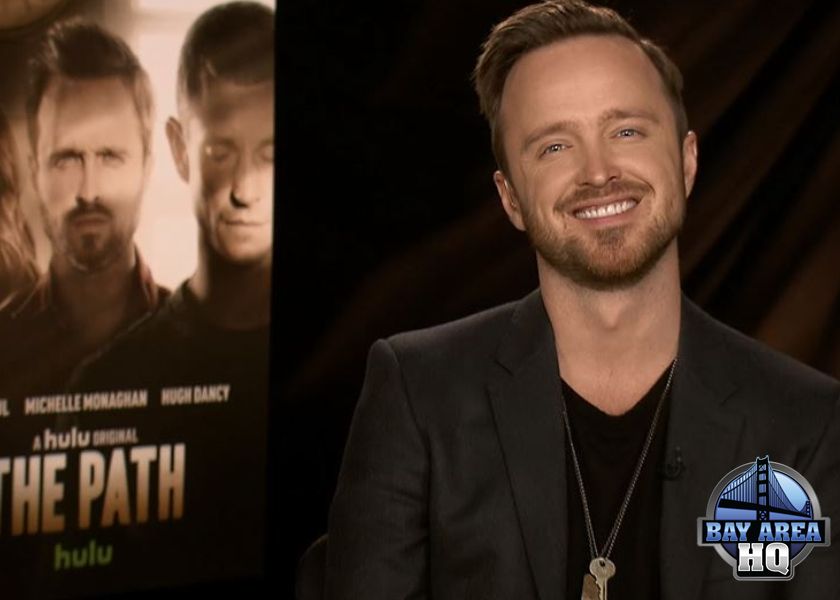 About “The Path” on Hulu

The Path follows a family at the center of a controversial cult movement as they struggle with relationships, faith, and power. Each episode takes an in-depth look at the gravitational pull of belief and what it means to choose between the life we live and the life we want. The series blends elements of mystery-thriller, romance, and mysticism. The Path comes to Hulu from Universal Television and Jason Katims’ True Jack Productions. The show was created by Jessica Goldberg who will write and executive-produce the series, along with Katims and Michelle Lee of True Jack Productions.

A convert to Meyerism with a wayward past, Eddie suffers a crisis of faith when all that he’s come to accept as truth is fundamentally challenged.

Aaron Paul on His Steamy Sex Scene with his onscreen wife, played by Michelle Monaghan

We ask Aaron what was memorable about filming that moment with Michelle.

Aaron Paul on his amazing crying skills as seen on “Breaking Bad,” and now “The Path” on Hulu

Aaron tells us the key to a good tear-shedding scene.

Aaron Paul on having whiskey with co-stars

See which “The Path” cast member Aaron Paul had some drinks with off the set.

Aaron Paul on which “Breaking Bad” co-star he would like to see on “The Path.”

See who Aaron would like to play the leader of an opposing cult.