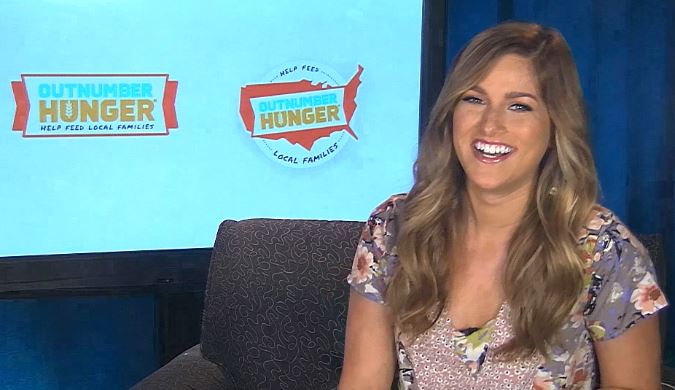 As sun-kissed days begin to linger, CASSADEE POPE is finding joy in the rising temperatures a little early, releasing new music with a fitting title. Her SUMMER EP is due out June 3 on Big Machine Label Group, showcasing dynamic vocals that are signature for the West Palm Beach, FL native.   Cassadee penned three of the songs, including the title track that marks her next single and officially impacts Country radio on June 6. The collection has touches of nostalgia, tapping into feelings of both love and longing that are often associated with reflection. Cassadee Pope will also be performing in the Bay Area on August 2nd. More info here.

Join Cassadee Pope in the fight to Outnumber Hunger

See Cassadee Pope on the “I’m Comin’ Over Tour”

With an impressive string of sold-out shows running coast-to-coast, Billboard Music Awards nominee Chris Young is revealing the Fall run of his 2016 I’M COMIN’ OVER TOUR with 25 shows running September through the end of the year. CASE Construction Equipment will join the tour as an official sponsor.  Special guests joining Young on tour in September and October are Dan + Shay, with Dustin Lynch coming on board in November and December. Pope, who provided direct support for the first leg of the tour, is returning for all Fall dates of Young’s I’M COMIN’ OVER TOUR.  “I’ve been friends with Dan + Shay and Dustin Lynch for a while now, so to have them join me on tour and to have Cassadee back out with us again, it’s going to be a blast,” said Young.

The tour announcement is made as Young scores his eighth chart-topper and fastest rising single of his career for “Think Of You,” a fiery duet with Cassadee Pope that marks her first radio single ascend to the top. The song is from his ACM-nominated album, I’m Comin’ Over, which opened at #1 on Billboard’s Top Country Albums chart in November.   Tickets for the I’M COMIN’ OVER TOUR presented by AEG Live, go on sale starting this Friday, May 6 at 10am local time and can be purchased at aeglive.com and ChrisYoungCountry.com. A limited number of exclusive VIP Packages will also be available for sale. These packages can include premium tickets, access to a Chris Young preshow acoustic event, limited-edition merchandise and much more.