Back To The Future Reunion 2016 Video Highlights at SVCC – Michael J. Fox, Christopher Lloyd and Lea Thompson reunited for a sold-out “Back to the Future” Premiere Event during the inaugural Silicon Valley Comic Con. 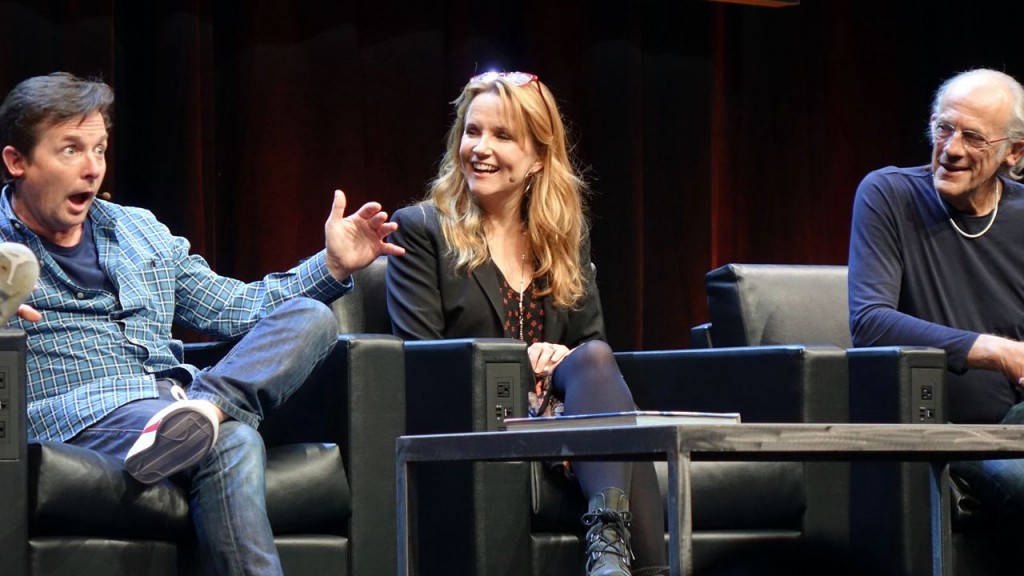 Back to the Future Reunion at the Silicon Valley Comic Con in San Jose, featuring Michael J. Fox, Christopher Lloyd, and Lea Thompson

In this video, Bay Area HQ viewers will not only get to watch Michael J. Fox’s first appearance at a North American Comic Con, but also see the first time that Michael J. Fox, Christopher Lloyd and Lea Thompson appeared together at a comic con type event. The Back to the Future event took place Saturday, March 19 and included a panel with Fox, Lloyd and Thompson. Michael J. Fox opened up about dealing with Parkinson’s Disease, and shared memories of working on the Back to the Future movies, including a near-death experience. The panel was filled with many of laughs and heartfelt moments.

“I wanted to be a part of Silicon Valley Comic Con because for me this show highlights what the Valley has meant to science, technology and innovation and encapsulates what Back To The Future is about and much of what seems to be such a strong bond for many fans of the film and why it still lives in their imaginations,” said Christopher Lloyd.

Watch Bobby B and others interview WWE Hall of Famer Hulk Hogan! See what The Hulkster has to say about anything and everything! Watch Wrestlemania 31…