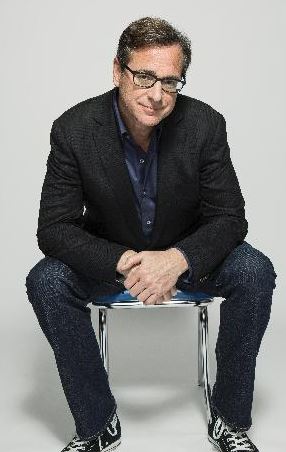 Bob Saget may be best-known for being in Mr. Clean roles in the late 80s and the 90s, having starred as dad Danny Tanner in Full House and hosting America’s Funniest Home Videos. But truthfully, he is one of the dirtiest, wildest, and most delightful comedians you’ll have the pleasure of watching. Saget recently toured Australia for the first time with a very adult stand-up show and also released a book called Dirty Daddy. Aside from Full House and AFHV, his impressive body of work includes cameos as himself on Entourage, voicing the future Ted Mosby in How I Met Your Mother, starring in his own comedic docuseries entitled Strange Days With Bob Saget, and writing, directing, and starring in the direct-to-DVD parody Farce of the Penguins. He is also well-known for his charity work, serving as a board member for the Scleroderma Research Foundation.

Come and see what Saget is really all about when he arrives at San Jose Improv for five shows from Friday, March 20th to Sunday, March 22nd. Purchase your tickets now and see him the way he was meant to be seen: uncensored and outrageous.