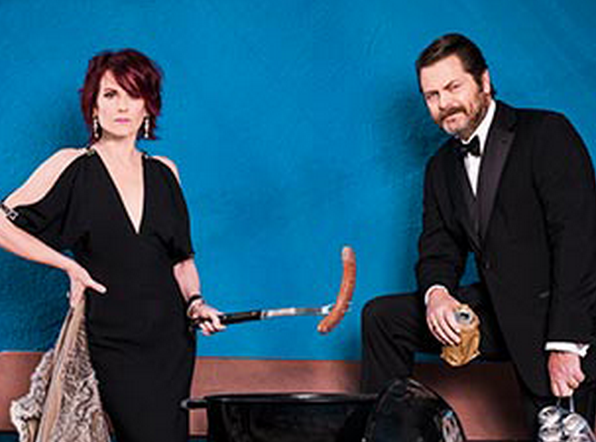 When a husband-wife pair is both prolific and hilarious, you already know it will be a real treat to see them do what they do best together in any media or even better, in real life. Nick Offerman and Megan Mullally have appeared on each other’s signature TV sitcoms (Parks and Recreation and Will and Grace, respectively) and recently performed together in the Broadway play Annapurna. The two thespians debuted their raunchy comedy-variety show Summer of 69 at Washington’s DAR Constitution Hall last June to rave reviews and now they’re taking it nationwide.

Bay Area entertainment lovers, you won’t want to miss it when Offerman and Mullally perform Summer of 69: No Apostrophe at the SF Masonic on Sunday, April 26th at 7PM. Get ready to blush, drop your jaw, and laugh a lot with this comedy power couple. Tickets will go on sale tomorrow, February 13th, at 9AM. For updates, visit the Masonic’s event page. Think we got you covered with another Valentine’s Day gift idea for the favorite funnyman or funnywoman in your life!