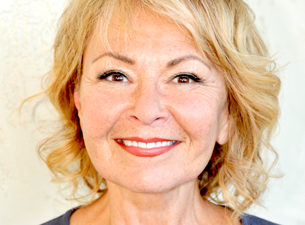 The famous Roseanne Barr is bringing her signature stand-up act to San Francisco, just for singles and sweethearts to enjoy on Valentine’s Day! She’ll be playing four shows on Friday, February 13th and Saturday, February 14th at Cobb’s Comedy Club. You’ll know Roseanne on a first-name basis from her wildly popular self-titled sitcom, which ran from the late 80s and into most of the 90s. She most recently hosted the series Momsters: When Moms Go Bad on the Investigation Discovery cable network. You can purchase tickets to her performances now, including the late-night Valentine’s Day show at 9:45PM.

For information on other upcoming comedy shows and more in the Bay Area, visit Bay Area HQ!

WAR DOGS REVIEW: Familiar, But Fun Bro Fare – We Enjoyed Todd Phillips’ Film and Though it’s No ‘Hangover’ or ‘Wolf of Wall Street’,…