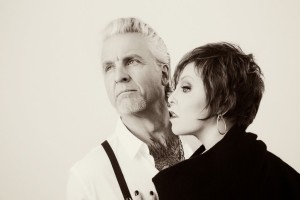 Rock legends Pat Benatar & Neil “Spyder” Giraldo will be performing in wine country on Friday May 23rd.  The powerhouse duo behind one of the largest arsenals of rock hits including “Love is a Battlefield”, “Hit Me with Your Best Shot”, “Heartbreaker”, “We Live For Love”, “Promises In The Dark,” “We Belong,” and more will be headlining solo concerts nationwide this summer and performing at Uptown for the first time.

Billboard Magazine ranked Benatar as one of the most successful female rock vocalist of all-time.  Her emergence as a fearless, fighting force has helped forge a path for other female rock stars around the world.  In addition to the arsenal of more than 100 songs he’s written, produced, arranged and recorded for Benatar, Giraldo’s helped create hits for legions of other artists including John Waite, Rick Springfield (No. 1, Grammy-winning classic “Jessie’s Girl and Top Ten hit “I’ve Done Everything for You”), Kenny Loggins and more.