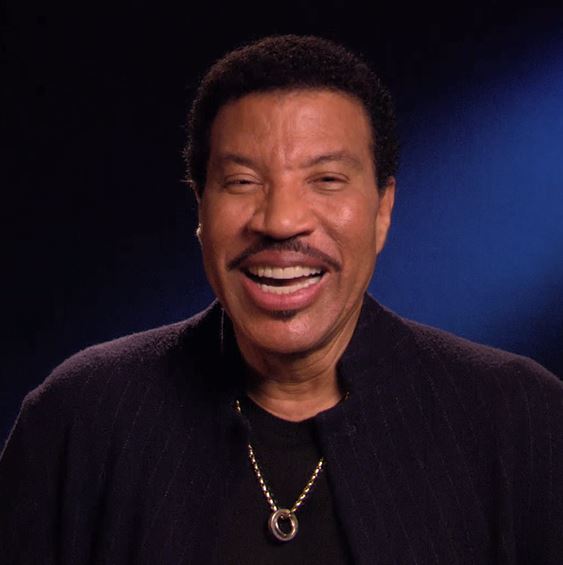 LIONEL RICHIE, Multi-platinum-selling artist, Grammy Award®-winner and music icon, talks to Bay Area HQ about his upcoming ALL THE HITS TOUR with MARIAH CAREY. The legendary pop star, off the heels of last year’s epic Outside Lands performance, talks up his kickoff concert at Oracle Arena on July 21st, 2017. “Get ready, it’s gonna be a wild one!” He said.

Lionel Richie also revisited making We Are the World and why Prince and Madonna were not involved. In the video above, Lionel Richie talks about missing Michael Jackson, performing in the Bay Area over the years, and lots more.

Recently, his 18 year old daughter Sofia Richie tweeted that she thought it was funny that her father tracked her cell phone. In the video below, Lionel talks about the challenges a father faces when trying to monitor his daughter.:

Multi-platinum-selling artists, multiple Grammy Award®-winners and music icons, Lionel Richie and very special guest Mariah Carey announced today they will tour together for the first time ever on the ALL THE HITS TOUR.  Produced by Live Nation, the 22-show date tour will start on Friday, July 21 in Oakland, CA at Oracle Arena and visit cities across North America including New York, Los Angeles, Chicago, Toronto, Vancouver, New Orleans and more.

*all dates, venues and cities below subject to change.

International superstar, Lionel Richie, has a discography of albums and singles that are second to none.  His music is part of the fabric of pop music; in fact, Lionel Richie is one of only two songwriters in history to achieve the honor of having #1 records for nine consecutive years. With over 100 million albums sold worldwide, an Oscar, a Golden Globe, four Grammy awards and the distinction of MusiCares person of the year in 2016, the Tuskegee, Alabama native is a true music icon.

Lionel Richie is known for his mega-hits such as “Endless Love,” “Lady,” “Truly,” “All Night Long (All Night),” “Penny Lover,” “Stuck On You,” “Hello,” “Say You, Say Me,” “Dancing on the Ceiling,” and one of most important pop songs in history, “We Are The World,” written with Michael Jackson for USA for Africa. His song catalog also includes his early work with The Commodores, where he developed a groundbreaking style that defied genre categories, penning smashes such as “Three Times A Lady,” “Still,” and “Easy.”

Lionel launched his Las Vegas headlining residency show, “Lionel Richie – All the Hits,” at The AXIS at Planet Hollywood Resort & Casino in April 2016.  In an unforgettable evening featuring his brightest and best anthems which have defined the music icon’s unparalleled career, Lionel takes fans on a spectacular musical journey, performing a variety of his seminal hits.

With his most recent All the Hits, All Night LongTour, Lionel sold out arenas worldwide with a setlist of his brightest and best anthems. In recent years Lionel also headlined Bonnaroo, Outside Lands, and Glastonbury, drawing the festival’s biggest crowd ever with over 200,000 attendees.

Always giving back, his charity work extends from Breast Cancer Research Foundation and Muhammad Ali Parkinson Center to UNICEF and The Art of Elysium.

Mariah Carey is a music icon, a soul legend, a pop phenomenon, a breathtaking live artist and planet Earth’s best-selling female artist of all time. She has sold over 220 million records and 17 of her 18 Billboard Hot 100 No. 1 singles have been self-penned, including ‘Fantasy’, ‘Always Be My Baby’, ‘Hero’, ‘Touch My Body’, ‘One Sweet Day’, and ‘We Belong Together’, more than any other solo artist.

With her distinct five-octave vocal range, prolific songwriting, and producing talent, Mariah has defined the modern pop artist.  As a singer/songwriter/producer, amongst her countless awards, she has been recognized with multiple Grammy Awards, 21 American Music Awards, Billboard’s “Artist of the Decade” Award, the World Music Award for “World’s Best Selling Female Artist Of The Millennium,” and BMI’s “Icon Award” for her outstanding achievements in songwriting.

She has topped the charts globally and has played to packed audiences in stadiums and arenas around the world. Her combination of stellar talents has inspired her dedicated fans in almost every country and set new standards for excellence in the music industry.

Mariah Carey’s ongoing impact transcends the music industry to leave an indelible imprint upon the world at large. Her docuseries “Mariah’s World” will premiere internationally this fall on E! and takes a look behind the scenes in her busy life. She has made substantial marks in film with critically acclaimed roles in Precious (2009), Lee Daniel’s The Butler (2013) and last year Mariah made her directorial debut in A Christmas Melody, a special festive feature for Hallmark, in which she also starred. A Congressional Award recipient, Mariah has generously donated her time and energy to a range of philanthropic causes near to her heart including Save the Music, the Make-A-Wish Foundation, World Hunger Relief, and the Elton John AIDS Foundation, among many others. A tremendous supporter of children’s charities, both domestic and international, Mariah founded Camp Mariah in partnership with the Fresh Air Fund, a retreat for inner city children to explore career development.

Bobby B interviews Dolph Ziggler at Wrestlemania 31 Axxess!  Watch Dolph compete for the Intercontinental Title Ladder Match at WrestleMania 31 on the WWE Network.