Kurt Russell on Guardians of the Galaxy 2 at NVFF! The Deepwater Horizon Actor, Honored at the 2016 Napa Valley Film Festival, Talks About His Role. 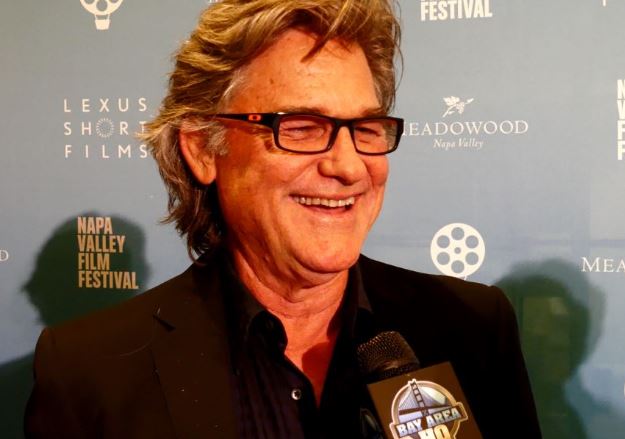 Kurt Russell talks about the emotional aspect of the great film, Deepwater Horizon, as well as sharing his feelings on his new role in Guardians of the Galaxy 2 at the Napa Valley Film Festival last week. Each year, NVFF complements its film screenings with recognition of legendary filmmakers, trailblazers and rising stars. The Celebrity Tributes evening celebrates the highest levels of achievement in cinematic story-telling. The evening includes video clips of each honoree’s work and live onstage interviews. A-Lister and Movie Mogul members of our Patron Circle join the honorees for a spectacular dinner following the program.

Throughout his impressive fifty-year career, Kurt Russell has crossed genres to play some of Hollywood’s most memorable roles. Kurt is perhaps best known for his several collaborations with director John Carpenter, which include the films The Thing, Big Trouble in Little China, Escape from New York, and its sequel, Escape from L.A. Kurt also gave an Emmy-nominated performance as Elvis in Carpenter’s critically acclaimed eponymous telefilm about the entertainer.

The Hateful Eight marks Kurt’s second collaboration with Quentin Tarantino. Kurt previously played “Stuntman Mike” in Death Proof, which was nominated for the Palme d’Or upon its premiere at the Cannes Film Festival in 2007.

In 2015, Kurt joined the cast of the popular The Fast and the Furious franchise with Furious 7 for director James Wan. With over $1.5 billion in ticket sales, the blockbuster is one of the highest-grossing films of all time. Kurt recently starred in Richard Jenkins’ western/horror film Bone Tomahawk and Peter Berg’s Deepwater Horizon, based on the events surrounding the tragic oil spill of 2010.

Adam Richman Shares What is “Straight Up Tasty” in San Francisco at his Book Passage Appearance!