Amy Adams: ‘Arrival’ is “What I Look Like in the Morning” – WATCH the 39th Mill Valley Film Festival Opening Night Interview with Adams, Who Looked Amazing 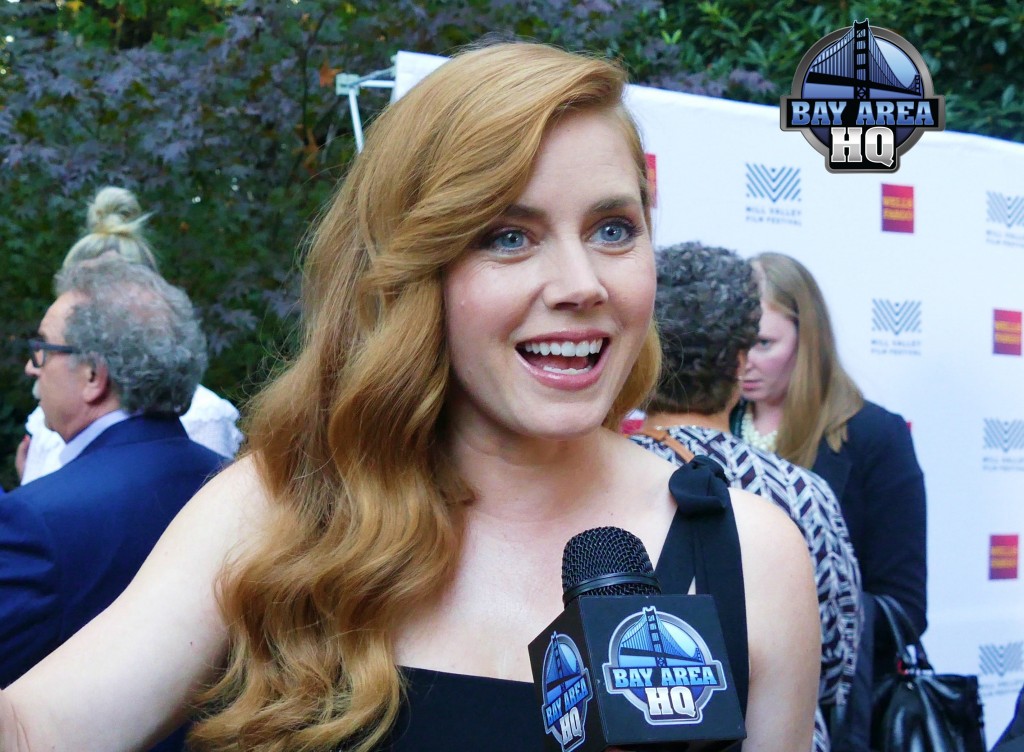 Watch our interview with Amy Adams, who is one of the most talented actresses in film. She’s appeared in The Fighter, American Hustle, Catch Me If You Can, Enchanted, Big Eyes, Man of Steel, Batman vs. Superman: Dawn of Justice. Amy Adams talks about her character in Arrival as a possible role model for young women, being back in the Bay Area, and more. Watch Arrival when it comes out on November 11, 2016. Adams appeared on the red carpet at the 39th Annual Mill Valley Film Festival on Opening Night, along with actress Emma Stone.

In award-winning director Denis Villeneuve’s (Sicario) riveting and deeply thoughtful drama, five-time Oscar® nominee Amy Adams is Dr. Louise Banks, a brilliant linguistics professor recruited by US military intelligence for a top-secret mission: to investigate the sudden simultaneous appearance of extraterrestrial spacecraft over several global sites, and to establish communication to determine whether the aliens have come in peace, or with intent to harm. In this deeply humane tale, supported by strong performances from Jeremy Renner and Forest Whitaker, the common tropes of science fiction are secondary to Villeneuve’s focus on the subtleties of language and the complex continuum in which human memory and emotion coexist. With gentle nods to Robert Wise’s 1951 classic The Day the Earth Stood Still, Arrival arrives none too soon with its message of universal peace, understanding, and the power of everlasting hope.

About the Mill Valley Film Festival

Since founding the Mill Valley Film Festival in 1977, Mark Fishkin has shepherded this once small, three-day showcase into an eleven-day, internationally acclaimed cinema event presenting a wide variety of new films from around the world in an engaged, community setting.

Interview & Highlights! 49ers’ Colin Kaepernick Had A Blast Coaching & Playing with Kids at his 2015 ProCamps Session!