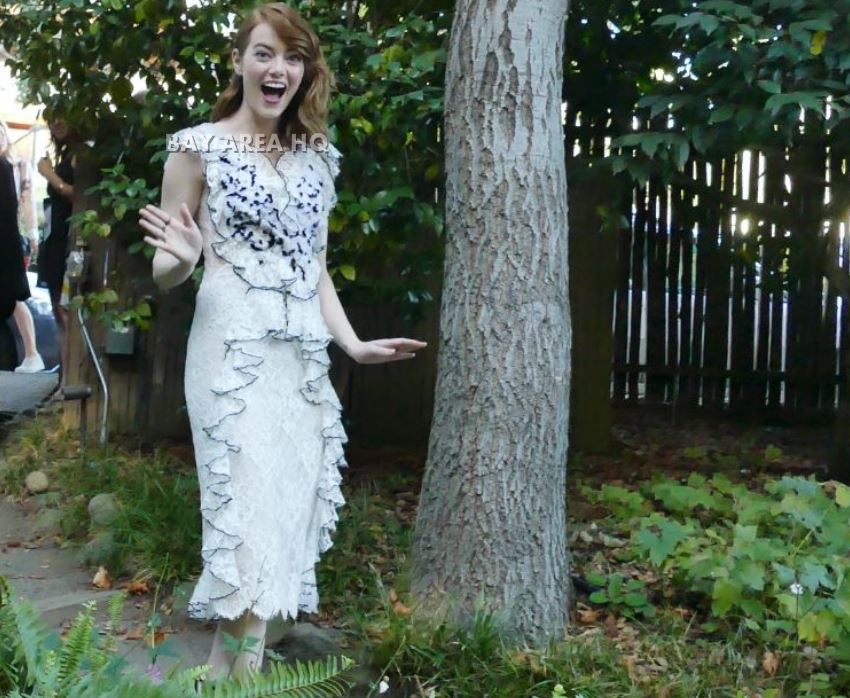 Emma Stone made quite the entrance at the 39th Annual Mill Valley Film Festival last evening. The actress, who stars in the La La Land movie musical opposite Ryan Gosling, looked stunning in her dress and talked to us about her new role and the importance of the film during these troubling times in America. Watch the Opening Night interview for more. And don’t forget to catch a movie at the festival, which runs until the 16th.

Everything you love about classic musicals gets a pitch-perfect update in the cinematic, colorful, and enormously enjoyable La La Land. Mia (Emma Stone), an aspiring actress and playwright, slings coffee on the Warner Bros. lot between auditions. Sebastian (Ryan Gosling, infusing his character with just the right mix of romantic cynicism) is a jazz pianist, a purist lamenting the world’s indifference to his treasured art form. Though their first few meetings are rocky (they all but break into “Anything You Can Do” in their first number together), they have artistic passion in common, and the orbits of their lives intersect more and more as the SoCal “seasons” go by. Director Damien Chazelle’s follow up to Whiplash (MVFF 2014) is exquisitely designed and shot, with wonderful music and a clever script. With La La Land, Chazelle achieves what Sebastian strives for: preserving an artistic style by revising it just enough to make it fresh and new again.

One of the biggest and most hotly-anticipated events in sports entertainment is coming to the Bay Area’s hottest new venue next year: WWE’s WrestleMania…