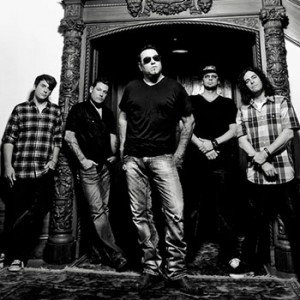 From June 13 – August 29, Santa Cruz Beach Boardwalk is hosting Free Bands on the Beach during the Summer. With two performances (6:30PM and 8:30PM) on Friday nights, guests will have plenty of opportunities to jam to their favorite top 40 bands from the 70’s, 80’s and 90’s.

Kicking off the series in only 10 days is Smash Mouth, a Bay Area Band known worldwide, on June 13th.
Formed in San Jose, California in 1994, the American rock band Smash Mouth has sold more than 10 million albums worldwide. Along with their number one hits “Walkin’ on the Sun” and “All Star,” they have consistently impacted radio with other hits like “Then the Morning Comes,” “Can’t Get Enough Of You Baby,” and a cover of The Monkees’ classic “I’m a Believer,” which was prominently featured on the Shrek soundtrack. Having long since established itself as the ultimate California party band, the vibe surrounding Smash Mouth is indeed – at its core – about having fun.

July 18 The FIXX “One Thing Leads to Another”

An iconic internationally-renowned musician with a San Francisco upbringing, Carlos Santana will now be sharing stories in literary form through his new autobiography The Universal Tone:…