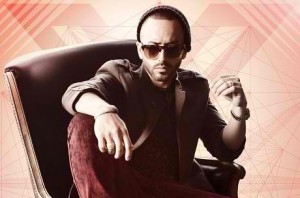 Yandel is one of the most popular Latin artists on the scene right now, with hundreds of millions of views on his online music videos. He will be in the Bay Area this week at the Fillmore, where fans can get a rare chance to party the night away to a non-stop electrifying performance. Tickets can be found here.

Llandel Veguilla Malavé — better known as Yandel, half of the iconic urban music duo Wisin y Yandel — has seen more than 14 years of success, having sold millions of albums and performed in concert in some of the most important venues in the world. He released his first solo album Quién Contra Mi in 2003, and is now preparing to release his second album La Leyenda. The release date of the album will be announced soon.

Worldwide top-selling Latin urban music artists Wisin & Yandel have been hugely successful during their 14 year career as a duo. They have garnered numerous multi-platinum certifications in the United States and Latin America and dozens of prestigious awards including a Grammy and two Latin Grammys. On tour, Wisin & Yandel have proven to be a force to be reckoned with, becoming the only artists in the Latin urban music genre to sell out both the Staples Center and Madison Square Garden in the US. Wisin & Yandel’s shows are nothing short of exhilarating.  The duo travels with their 10 piece band, 8 dancers, and a state-of-the art audiovisual show; but the true stars, absolutely are Wisin & Yandel and their unique brand of Latin urban music, a fusion of genres and styles delivered with a power and passion that no one in their musical genre can match.  Wisin & Yandel’s latest single “Algo Me Gusta de Ti” (feat. Chris Brown and T-Pain) recently topped Billboard’s “Latin Songs” Chart at #1 for more than ten consecutive weeks — something the industry has not seen happen with a song in many years.  With “Algo Me Gusta de Ti,” the duo also set the record for most #1 songs for a duo or group with this, their tenth #1.