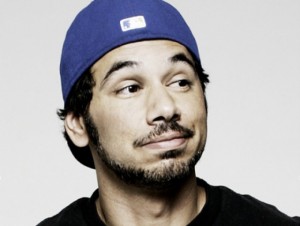 Al Madrigal, primetime television star and fan-favorite on the Emmy® Award-winning The Daily Show with Jon Stewart, will headline at Cobb’s Comedy Club in San Francisco on Thursday, Friday, and Saturday nights (May 1-3) at 8PM. The Bay Area native is currently co-starring on NBC’s “About a Boy,” filmed in San Francisco, with Minnie Driver and David Walton. As a stand-up, Al starred in his own half-hour special, Comedy Central Presents: Al Madrigal in 2005 and released his first hour special Why is the Rabbit Crying in 2013. He has also performed on Conan, The Tonight Show, Lopez Tonight, The Late Late Show with Craig Ferguson, Chelsea Lately, Jimmy Kimmel Live, John Oliver’s New York Stand-Up Show, Pretend Time with Nick Swardson, Comics Unleashed, and The 3 Non Juans.

Alexa Davalos and Luke Kleintank on a Date?

Alexa Davalos and Luke Kleintank on a Date? We Discuss One Possible Alternate Reality with Stars from The Man in The High Castle Season…