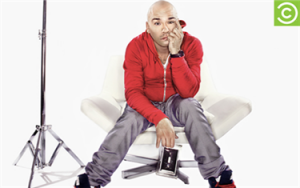 Comedian Jo Koy is well-received in the Bay Area as he has sold out most of his appearances at the San Jose Improv this week. Appearing from Thursday-Saturday, only a few tickets remain here.

With clips of his stand-up act garnering millions of views, Jo Koy has definitely got the attention of comedy fans around the world. In 2007, Variety magazine named Jo Koy one of the “10 Comics to Watch!” Jo has appeared on various VH1 I Love series, as well as The Joy Behar Show, Jimmy Kimmel Live, Last Call with Carson Daly, and Jamie Foxx: Laffapalooza. He is a regular headlining comedian at the world famous Improv, tours the college circuit nationwide, and performs in comedy clubs both in the U.S., and internationally.

Broadway Stars at REAF’s Help is on The Way Gala