William H Macy on Kate Upton and Alexandra Daddario – Watch the star of Shameless on his dog-look-a-like, Fargo, Boogie Nights, and directing The Layover 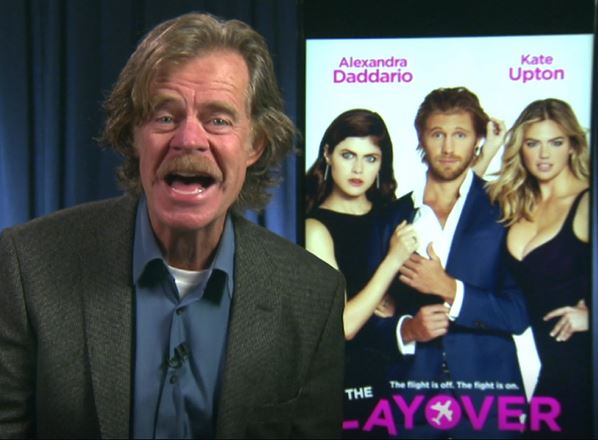 William H Macy spoke to Bay Area HQ recently about his second feature that he directed. It’s called The Layover, and this time it’s a fun, sexy comedy with two of the most gorgeous actresses to come along in recent years: Kate Upton and Alexandra Daddario. We asked Bill about his motorcycle ride to the Bay Area, Boogie Nights, Fargo, Air Force One, his resemblance to a dog being talked about online, and which of the two actresses would make a better “Roller Girl.” Watch the video above and below for lots more, featuring two segments with one of the greatest actors of our time.

Best friends Kate and Meg find themselves competing for the same man while waiting for their plane to take off from St. Louis.

William H Macy is an Oscar and Golden Globe nominee, an Emmy and SAG Award winning actor, and a writer in theater, film and television. He currently stars in the Showtime series Shameless, for which he was nominated twice for an “Outstanding Lead Actor in a Comedy Series’ Emmy Award.  Macy’s film credits include Seabiscuit, The Cooler, Magnolia, Boogie Nights, Jurassic Park, Air Force One, The Last Dragon, Fargo, TNT’s Door to Door, Wild Hogs and Room. Wllliam H Macy made his feature directorial debut with Rudderless, the closing film at the Sundance Film Festival. In addition, Macy is a founding member of the Atlantic Theater Company.