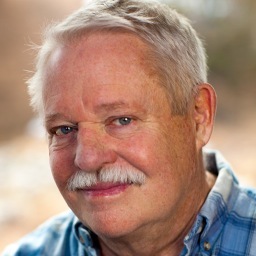 Armistead Maupin Meet and Greet at Macy’s this Thursday – Creator of “Tales of the City” to Sign Books, Meet fans, Talk New Film THE UNTOLD TALES OF ARMISTEAD MAUPIN

Join Macy’s and Frameline for a fabulously stunning conversation with San Francisco gem and creator of Tales of the City, Armistead Maupin, along with acclaimed documentarian, Jennifer Kroot, whose newest feature, THE UNTOLD TALES OF ARMISTEAD MAUPIN, will be the Opening Night Film at Frameline41, the San Francisco International LGBTQ Film Festival. Register (required) here.

The endearing and talented Maupin and Kroot will appear to discuss Kroot and editor/co-director Bill Weber’s film, which explores the enchanting and eye-opening story of Maupin and his works.

MORE:           Following the conversation will be a meet & greet and book signing.  Guests can also purchase tickets to Frameline41’s Opening Night (June 15), where you can experience Maupin’s story at the palatial Castro Theatre.

Plus, with any Men’s purchase of $50, receive a free pair of tickets to a Frameline41 feature.

Frameline41, San Francisco International LGBTQ Film Festival, June 15-25, 2017, is Genre Queer. The 41st Festival celebrates the spectrum and intersection of identities that make up the worldwide LGBTQ community. Join filmmakers and festivalgoers alike at the largest showcase of queer cinema on the planet. Info and tickets: www.frameline.org  .

About Frameline: Frameline’s mission is to change the world through the power of queer cinema. As a media arts nonprofit, Frameline’s programs connect filmmakers and audiences in San Francisco and around the globe. Frameline’s integrated programs provide critical funding for emerging LGBTQ filmmakers, reach hundreds of thousands with a collection of more than 250 films distributed nationally, inspire thousands of students through Youth In Motion, which sends free films and curricula to schools across the nation, and creates an international stage for the world’s best LGBTQ film through the San Francisco International LGBTQ Film Festival and additional year-round screenings and cinematic events. Learn more at www.frameline.org .

This Saturday, May 3rd from 1PM-7PM, partygoers can begin their 2014 Cinco de Mayo celebrations early at La Mar’s waterfront venue in San Francisco….