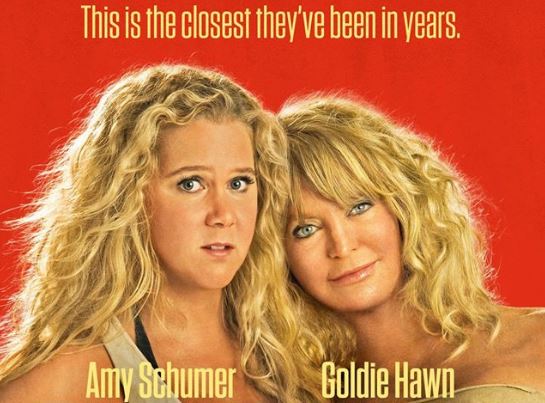 Snatched is the perfect word to describe what happened to our non-stop laughter during the opening scenes in this Amy Schumer and Goldie Hawn flick about a mother-daughter trip to Ecuador gone bad. Once the duo got lost in the jungle, the film got boring, cheesy, predictable, convoluted, and plain unfunny.  It’s one of those comedies that has so many of your favorite stars like Wanda Sykes, Joan Cusack, and Christopher Meloni, but doesn’t give their colorful characters anything really funny to do. Ike Barinholtz, who plays Schumer’s brother, might be the one who gets the most laughs in this entire film, but that’s not nearly enough to save this comedy from being one of the biggest let-downs of the year. We were so desperate to get one final parting laugh from this film, that we waited until after the end credits, hoping to get something entertaining. That’s when the lights came on. So no luck there, either. Trainwrecked was much better.

Snatched Review: After her boyfriend dumps her on the eve of their exotic vacation, impetuous dreamer Emily Middleton (Amy Schumer) persuades her ultra-cautious mother, Linda (Goldie Hawn) to travel with her to paradise. Polar opposites, Emily and Linda realize that working through their differences as mother and daughter – in unpredictable, hilarious fashion – is the only way to escape the jungle adventure they have fallen into.

This film could have been The Hangover meets Romancing the Stone. Chris Meloni’s Indiana Jones-wannabe-hero character had potential. Sykes and Cusack as a the female Penn and Teller no-nonsense vacationers could have had some pretty insanely funny scenes. Even newcomer Pedro Haro’s character Mako, a jungle village local doctor, had us wanting more. There’s a half-laugh here and there, but not enough to do justice to the word comedy.

We understand that this movie might make sense as a decent Mother’s Day getaway, and it does have some tender Hawn-Schumer moments, but there’s a pretty big risk that mom may just fall asleep during the latter acts, so you might be better off taking her to see something else.