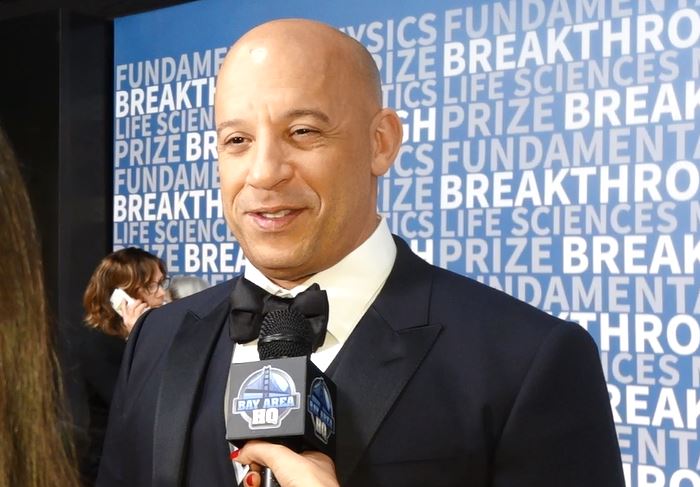 2016 Special Breakthrough Prize in Fundamental Physics, awarded in May to founders and team members of LIGO, awarded to Kip Thorne, Rainer Weiss and family of Ronald Drever

The Breakthrough Prize and founders Sergey Brin and Anne Wojcicki, Yuri and Julia Milner, and Mark Zuckerberg and Priscilla Chan, tonight announced the recipients of the 2017 Breakthrough Prizes, marking the organization’s fifth anniversary recognizing top achievements in Life Sciences, Fundamental Physics and Mathematics. A combined total of $25 million was awarded at the gala ceremony in Silicon Valley, hosted by Morgan Freeman. Each of the Breakthrough Prizes is worth $3 million, the largest individual monetary prize in science.

This year, a total of seven of these prizes were awarded to nine individuals, along with a $3 million Special Breakthrough Prize in Fundamental Physics, which was split between three founders and more than a thousand members of the LIGO team. In addition, three $100,000 New Horizons in Physics Prizes were awarded to six early-career physicists, and a further three $100,000 New Horizons in Mathematics Prizes were awarded to four young mathematicians. And this year there were two winners of the Breakthrough Junior Challenge, each receiving up to $400,000 in educational prizes for them, their teacher and their school.

Since its inception in 2012, the Breakthrough Prize has awarded close to $200 million to honor paradigm-shifting research in the fields of fundamental physics, life sciences, and mathematics.

“There has never been a more important time to support science,” said Facebook founder Mark Zuckerberg. “The 2017 Breakthrough Prize laureates represent the leaders in scientific research in physics, math and life sciences.  Their breakthroughs will unlock new possibilities and help make the world a better place for everyone.”

The 2017 Breakthrough Prize in Mathematics was awarded to Jean Bourgain (Institute for Advanced Study).

“Science is universal,” said Yuri Milner. “Tonight it brought together some of the world’s greatest actors, sportsmen, musicians, academics, entrepreneurs, astronauts and, last but not least, scientists, to celebrate what the human mind can achieve. And it brought in a live audience from across the planet.”

One of the highlights was the speeches by the two female students who won the Breakthrough Junior Challenge, Antonella Masini, 18 (Peru) and Deanna See, 17 (Singapore). The Breakthrough Junior Challenge is a global science video competition designed to inspire creative thinking about fundamental concepts in the life sciences, physics, or mathematics. In recognition of their winning submissions, both students received up to $400,000 in educational prizes, including a scholarship worth up to $250,000, $50,000 for an inspiring teacher, and a state-of-the-art science lab valued at $100,000.

Entries from 146 countries were received in the 2016 installment of the global competition, which kicked off on September 1, 2016. The Breakthrough Junior Challenge is funded by Mark Zuckerberg and Priscilla Chan, and Yuri and Julia Milner, through the Breakthrough Prize Foundation, based on a grant from Mark Zuckerberg’s fund at the Silicon Valley Community Foundation, and a grant from the Milner Global Foundation.

“The Breakthrough Junior Challenge encourages students to better understand the worlds of science and mathematics and to have some fun along the way,” said Breakthrough Prize co-founder Dr. Priscilla Chan. “Antonella and Deanna both have bright futures in science and I am so excited to honor their work. They are also incredible storytellers, whose ability to capture these complex ideas in accessible and exciting ways is truly inspiring.  I cannot wait to see how they will change the world.”

In addition, six New Horizons prizes – an annual prize of $100,000 each, recognizing the achievements of early-career physicists and mathematicians – were awarded.

The New Horizons in Physics Prize was awarded to:

The New Horizons in Mathematics Prize was awarded to:

The ceremony will be directed and produced, for the fourth time, by Don Mischer alongside executive producers Charlie Haykel and Juliane Hare of Don Mischer Productions.

The Breakthrough Prize in Life Sciences honors transformative advances towards understanding living systems and extending human life, with one prize dedicated to work that contributes to the understanding of neurological diseases.

Each of the five Life Science winners received a $3 million prize.

Stephen J. Elledge, Gregor Mendel Professor of Genetics and Medicine in the Department of Genetics at Harvard Medical School and in the Division of Genetics at the Brigham and Women’s Hospital and Investigator with the Howard Hughes Medical Institute, for elucidating how eukaryotic cells sense and respond to damage in their DNA and providing insights into the development and treatment of cancer.

Harry F. Noller, Director of the Center for Molecular Biology of RNA, Robert L. Sinsheimer Professor of Molecular Biology and Professor Emeritus of MCD Biology at the University of California, Santa Cruz, for discovering the centrality of RNA in forming the active centers of the ribosome, the fundamental machinery of protein synthesis in all cells, thereby connecting modern biology to the origin of life and also explaining how many natural antibiotics disrupt protein synthesis.

Roeland Nusse, Professor of Developmental Biology at Stanford University and Investigator at Howard Hughes Medical Institute, for pioneering research on the Wnt pathway, one of the crucial intercellular signaling systems in development, cancer and stem cell biology.

Yoshinori Ohsumi, Honorary Professor, Institute of Innovative Research at Tokyo Institute of Technology for elucidating autophagy, the recycling system that cells use to generate nutrients from their own inessential or damaged components.

Huda Yahya Zoghbi, Professor in the Departments of Pediatrics, Molecular and Human Genetics, Neurology and Neuroscience at Baylor College of Medicine, Investigator at the Howard Hughes Medical Institute and Director of the Jan and Dan Duncan Neurological Research Institute (NRI) at Texas Children’s Hospital, for discoveries of the genetic causes and biochemical mechanisms of spinocerebellar ataxia and Rett syndrome, findings that have provided insight into the pathogenesis of neurodegenerative and neurological diseases.

The Breakthrough Prize in Fundamental Physics recognizes major insights into the deepest questions of the universe.

The three winners, sharing the $3 million prize, are:

Joseph Polchinski, Professor in the Department of Physics and Member of the Kavli Institute for Theoretical Physics at the University of California, Santa Barbara;

Andrew Strominger, Director of the Center for the Fundamental Laws of Nature at Harvard University; and,

Cumrun Vafa, Donner Professor of Science in the Department of Physics at Harvard University,

The Breakthrough Prize in Mathematics honors the world’s best mathematicians who have contributed to major advances in the field.

The New Horizons in Physics Prize is awarded to promising early-career researchers who have already produced important work in fundamental physics.

The New Horizons in Mathematics Prize is awarded to promising early-career researchers who have already produced important work in mathematics.

The second annual Breakthrough Junior Challenge recognizes two winners this year – Antonella Masini, 18, from Peru, and Deanna See, 17, from Singapore. Antonella and Deanna will each receive up to $400,000 in educational prizes.

About the Breakthrough Prizes

For the fifth year, the Breakthrough Prizes will recognize the world’s top scientists. Each prize is $3 million and awarded in the fields of Life Sciences (up to five per year), Fundamental Physics (up to one per year) and Mathematics (up to one per year). In addition, up to three New Horizons in Physics and up to three New Horizons in Mathematics Prizes are given out to junior researchers each year. Laureates attend a televised awards ceremony designed to celebrate their achievements and inspire the next generation of scientists. As part of the ceremony schedule, they also engage in a program of lectures and discussions. The Breakthrough Prizes were founded by Sergey Brin and Anne Wojcicki, Mark Zuckerberg and Priscilla Chan, and Yuri and Julia Milner. Selection Committees composed of previous Breakthrough Prize laureates choose the winners.

Information on the Breakthrough Prizes is available at www.breakthroughprize.org.