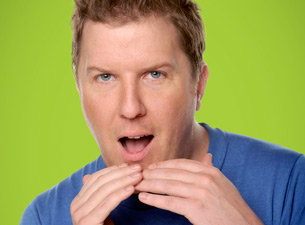 Fresh off a huge renovation, The Masonic will host big-time comedy on November 6th when Nick Swardson comes to San Francisco for his Taste It Tour. A frequent collaborator of Adam Sandler and Happy Madison Productions in acting, screenwriting, and production, Swardson is a true Hollywood comic fixture. In addition to appearing in films like Grandma’s Boy, Bucky Larson: Born to Be a Star, and Grown Ups 2, he became a Comedy Central household name through his recurring role as Terry Bernadino in Reno 911! and headlining his own sketch comedy show Nick Swardson’s Pretend Time. Next up, he’ll lend his voice talent in the animated comedy Hell & Back, which also features the voices of Mila Kunis, Danny McBride, and Bob Odenkirk.