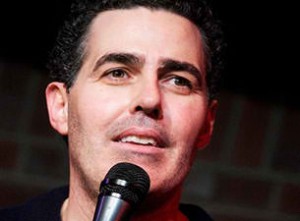 Comedian, actor, radio personality, television host and NY Times best-selling author Adam Carolla will be at the Palace of Fine Arts on May 18th. Tickets are nearly sold out here. . He currently hosts The Adam Carolla Show, which holds the Guinness Book of World Records title for “most downloaded podcast,” and was recently a star on NBC’s Celebrity Apprentice.  His latest book, Not Taco Bell Material, was released in June 2012 from Random House Publishing.

Adam has also starred on ABC’s hit reality series Dancing with the Stars, hosted Comedy Central’s Too Late with Adam Carolla and starred in TLC’s The Adam Carolla Project, which chronicled the renovation and subsequent sale of his boyhood home.