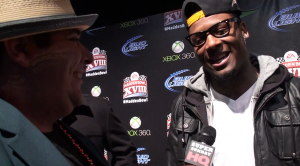 Stevie Johnson is the newest 49ers

As we all know the draft isn’t the only way the 49ers can get receivers. Just now, we have learned that the Buffalo Bills have traded wide receiver Stevie Johnson to the Forty Niners for a 2015 draft pick

The pick is a conditional fourth-rounder that can become a third-rounder. Johnson, 27, had 52 receptions for 597 yards and three touchdowns in 12 games last season, his sixth with the Bills.

Get to know Stevie Johnson a bit in this video from Madden Bowl XVIII Party in Indy for the Super Bowl.