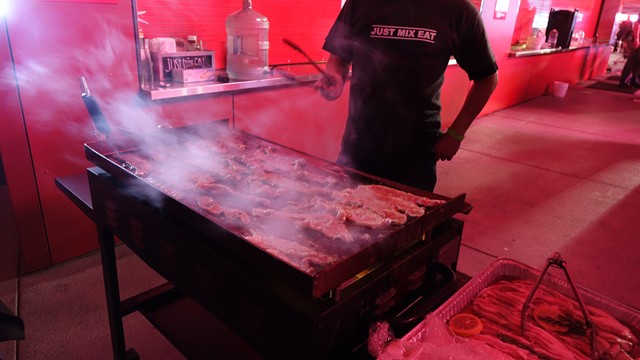 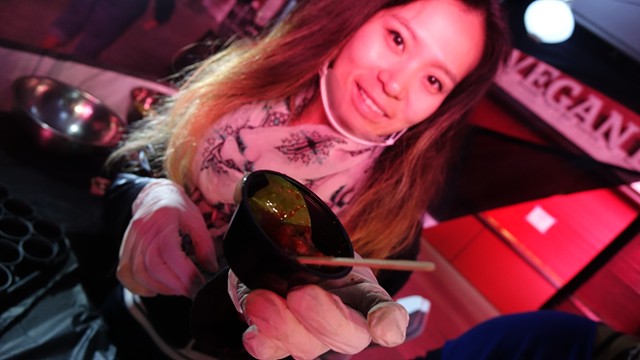 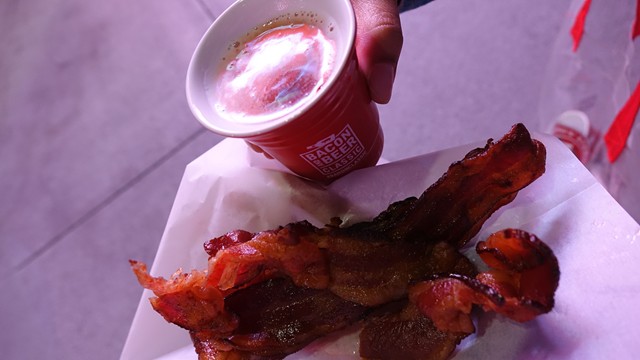 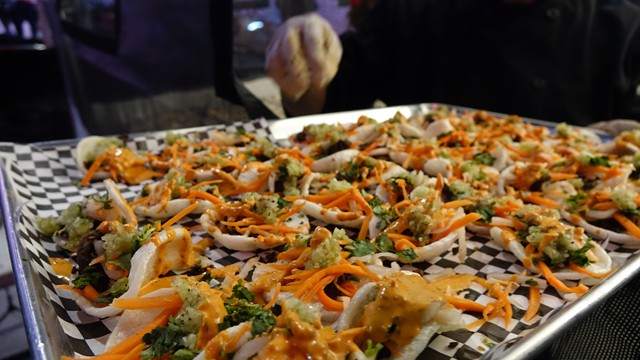 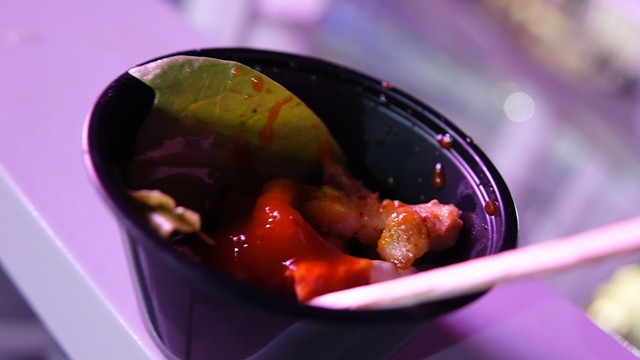 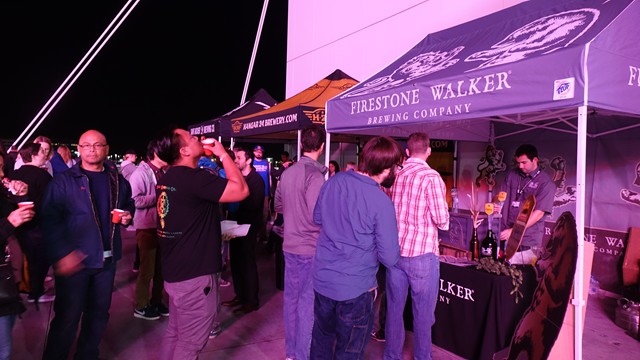 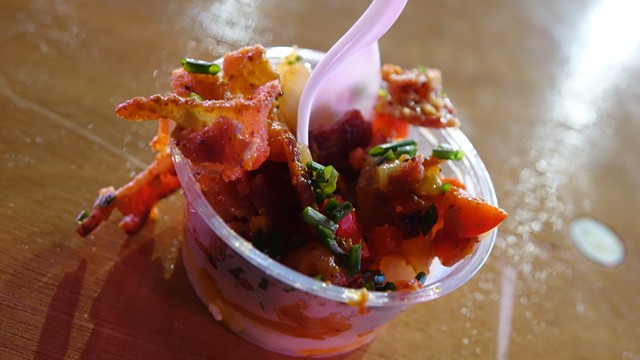 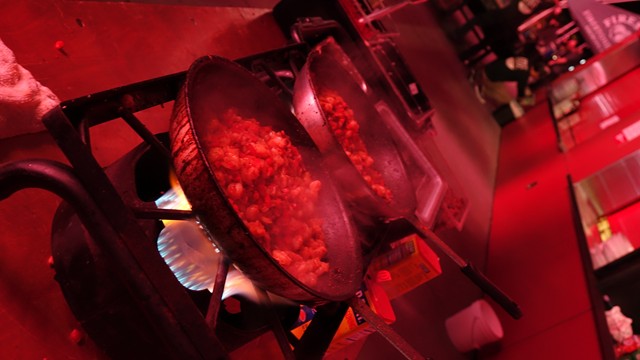 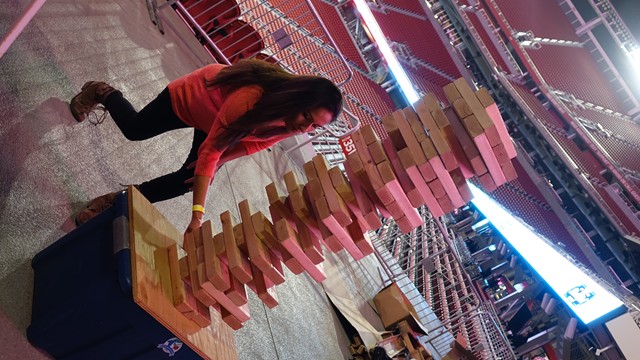 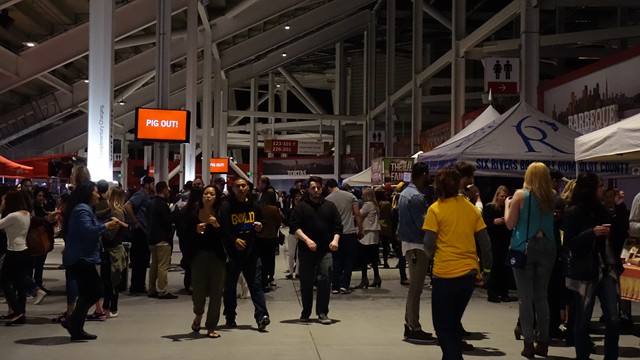 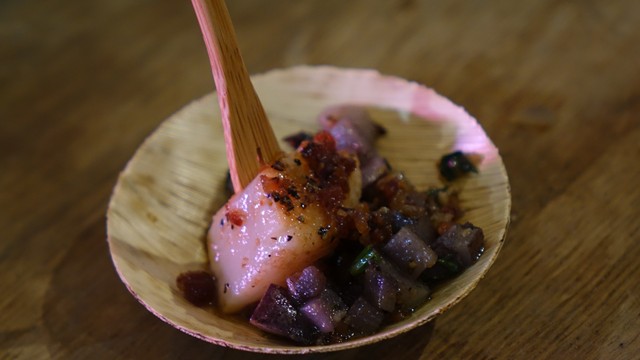 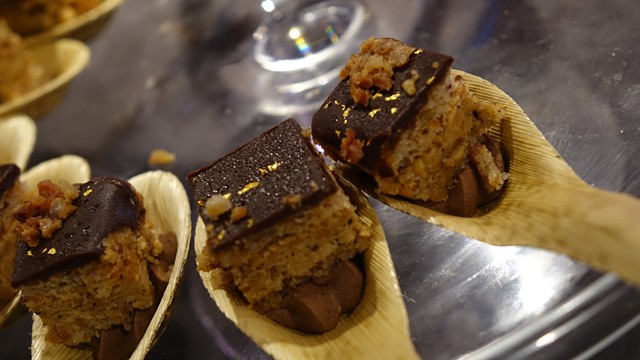 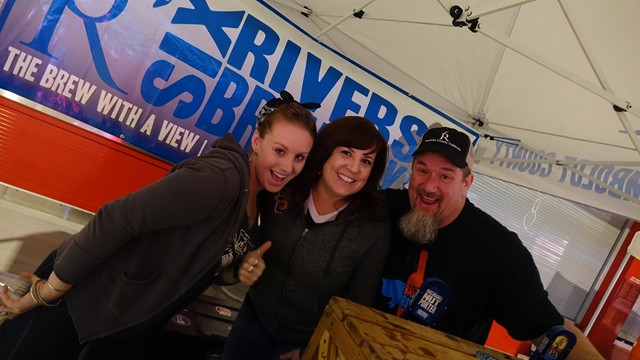 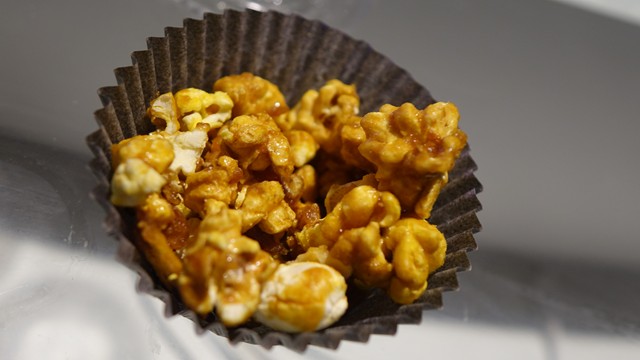 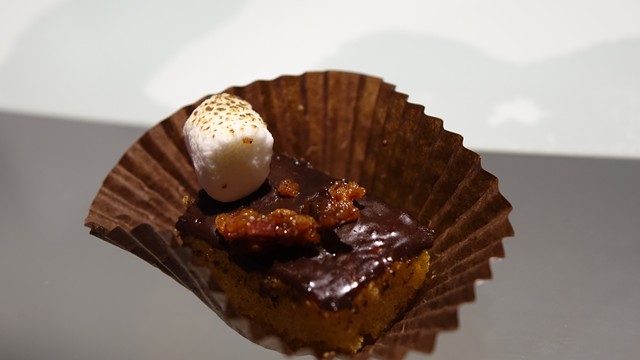 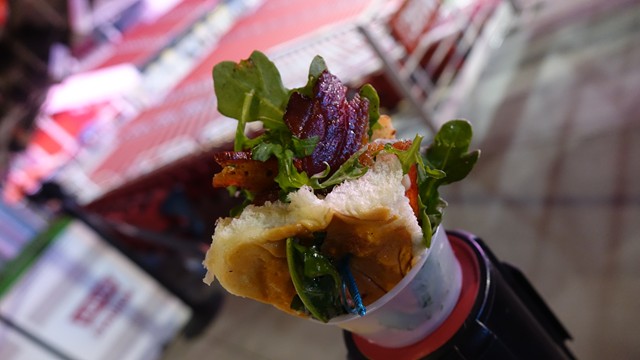 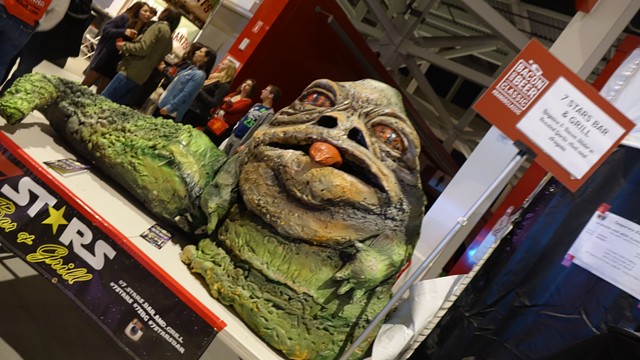 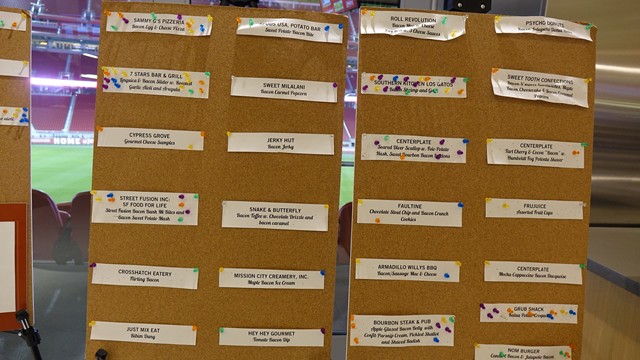 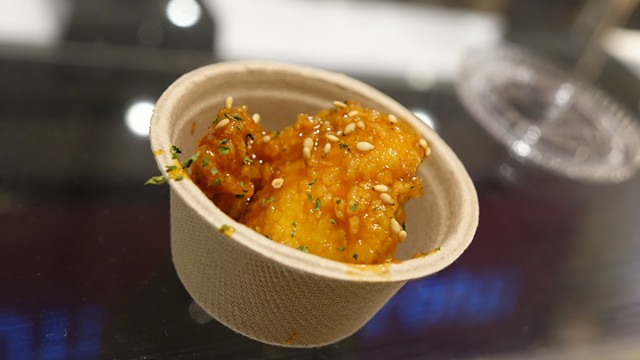 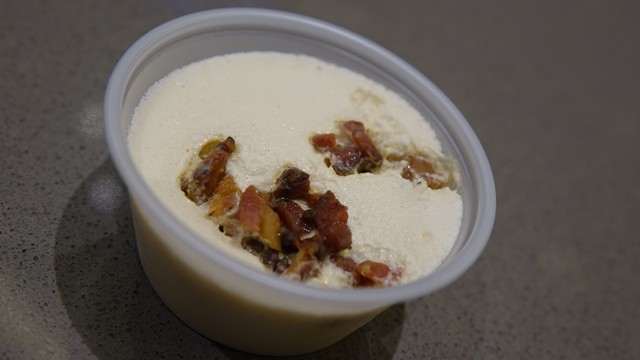 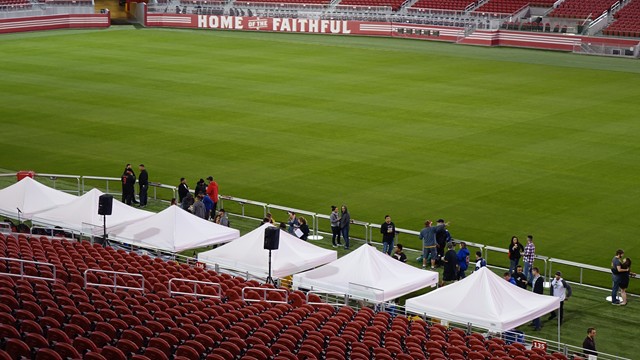 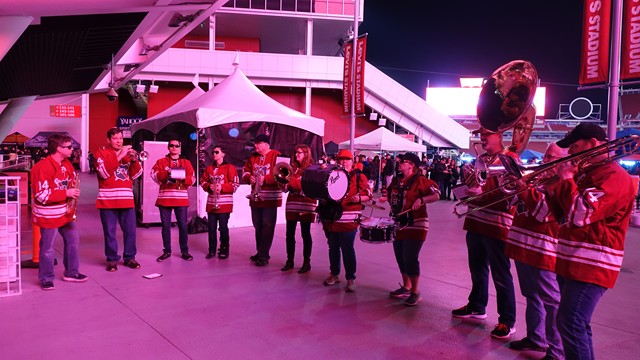 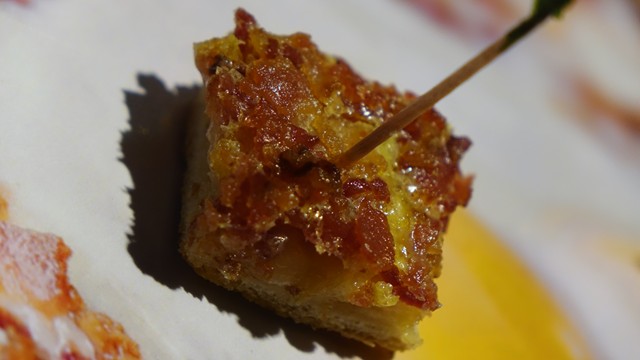 Bacon and Beer Classic Review and Photos – We attended the 7PM-10PM session at Levi’s Stadium and tried a variety of bacon-infused bites, beer, and cider. We encountered so many interesting fusions between bacon and other gourmet foods, that it was hard to walk away unimpressed by the offerings. Maybe we have been too spoiled with some higher end events found during Super Bowl, but we spent about 50% of our time there in one line or another. In hindsight, a better option would have been to visit during the earlier session, and purchase VIP tickets. That’s because several booths ran out of food, with Sammy G’s Pizzeria tapping out at 9PM, and half of Centerplate’s Club Lounge samples shutting down soon after. But there’s actually a number of positive things we noted in our Bacon and Beer Classic Review.

However, booths were still overflowing with several types of Hormel Black Label Bacon (Jalapeno, Black Pepper, etc.) all the way until the end of the session and dozens of beer and cider options were also available. Interesting, though, that bottles of water were being sold at $1, when you had to wonder who was driving home. At the end of the day however, the DJ had a great setlist, and people genuinely seemed to enjoy acting like the proverbial kids in a candy store with the endless food and adult beverage options found throughout the event. Booths took up about half of the endzone concourse at Levi’s Stadium and the Champions Club also had several tastings throughout. Guests had fun taking photos, playing Jenga, watching the Bacon Eating contest, and talking to the friendly vendors.

Longest Food Line: The 7 Stars Bar & Grill Linguica & Bacon Sliders were the MVP as the portion size was huge, and the quality and taste were unbelievable.

Best Beer: We like the Hangar Craft Brewery’s (Redlands, CA) Orange Wheat, which ran out later in the evening.

We would definitely attend again, and splurge for VIP at the first session, and go with a big group, for a super fun experience.  Another bonus is that the event partnered with local food rescue organizations and national charities like City Harvest, Citymeals-on-Wheels, Zero Percent and more.