Hugh Dancy on The Path Underwear, Weird Sex Scene, Wife – Is Cal Roberts, the leader of the Meyerist Movement a virgin? More of your burning “The Path” on Hulu questions! 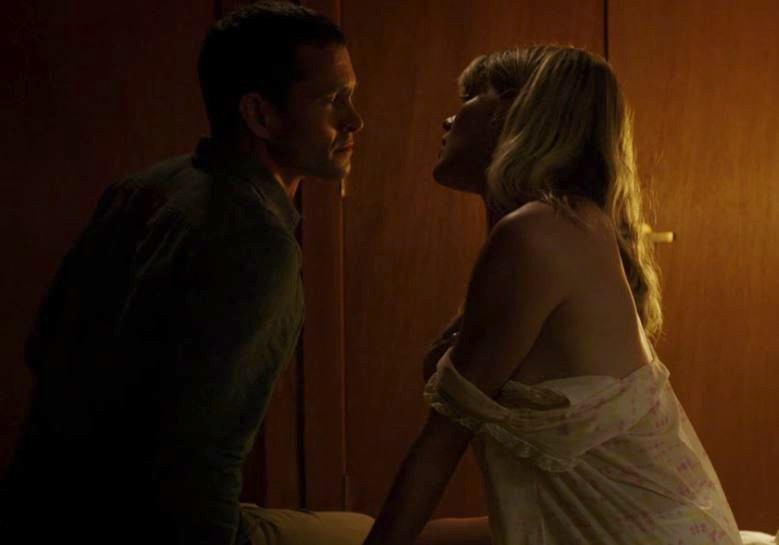 Hugh Dancy talks to us abut his his awkward “Sex” Scene, underwear, & Claire Danes in “The Path” on Hulu Interview!

Bay Area HQ’s Bobby B caught up with “Hannibal” actor Hugh Dancy who stars in this fascinating new TV show called “The Path,” exclusively available now on the Hulu streaming network. We ask Hugh about the characters’ search for intimacy and connection on the series, about that Episode 4 uncomfortable and dark sex scene, about whether his character is a virgin, about his character’s past, about whether he would do the “14-day” program in real life if his wife Claire Danes asked him to, about whether his real life dad’s philosophy teachings apply to his character, and if Cal would wear underwear with “The Eye” logo on it.

The “Pathcast” a weekly podcast dedicated to The Path series on Hulu is available on iTunes, and everywhere else. It is a an hour-long or so weekly post-show podcast that examines the scenes, performances, and themes found in the latest episode of the “The Path.” You can also listen to segments of interviews from Bay Area HQ with stars of the show. Add this RSS URL to your favorite podcast browser: http://pathcast.libsyn.com/rss. Are you a diehard “The Path” fan? If so, we may be interested in having you on as a guest on our podcast. Contact ken AT bayareahq DOT com !

About “The Path” on Hulu

The Path follows a family at the center of a controversial cult movement as they struggle with relationships, faith, and power. Each episode takes an in-depth look at the gravitational pull of belief and what it means to choose between the life we live and the life we want. The series blends elements of mystery-thriller, romance, and mysticism. The Path comes to Hulu from Universal Television and Jason Katims’ True Jack Productions. The show was created by Jessica Goldberg who will write and executive-produce the series, along with Katims and Michelle Lee of True Jack Productions.

Hugh Dancy stars in Hulu’s “The Path” opposite Michelle Monaghan and Aaron Paul. The show comes from executive producer Jason Katims and explores the unknown and mysterious world of the cult-like Meyerist Movement in upstate New York. Dancy plays Cal Roberts, the leader of the movement, and the show will premiere on March 30th.

He most recently starred in NBC’s critically acclaimed series “Hannibal.” The drama produced by Bryan Fuller was based on the characters from Thomas Harris’ classic novels and followed the life of psychiatrist-turned-serial killer, Dr. Hannibal Lecter. Dancy received two Critics’ Choice Award nominations for “Best Actor in a Drama Series” for his portrayal of Will Graham on the show.

On the big screen, he last starred in “Hysteria” opposite Maggie Gyllenhaal and the critically acclaimed film “Martha Marcy May Marlene” opposite Elizabeth Olsen, Sarah Paulson, and John Hawkes.

Dancy was previously seen starring in “Adam” opposite Rose Byrne where he plays the title character, a young man with Asperger’s syndrome struggling to survive in New York City. His character’s life changes forever when he meets his new neighbor Beth (Byrne). “Adam” premiered at the 2009 Sundance Film Festival and was awarded the Alfred P. Sloan Feature Film Prize. The film was released by Fox Searchlight on July 29, 2009 and Dancy received rave reviews for his performance.

Dancy also starred in P.J. Hogan’s “Confessions of a Shopaholic” opposite Isla Fisher. The film was released by Disney/Buena Vista on February 14, 2009 and grossed over $100 million worldwide. Dancy’s other film credits include: “Our Idiot Brother,” “Evening,” “The Jane Austen Book Club,” “Beyond the Gates,” “King Arthur,” “Ella Enchanted,” “The Sleeping Dictionary,” “Black Hawk Down,” and “Young Blades.”

In 2007, he starred in Tom Hooper’s critically acclaimed series “Elizabeth I” opposite Helen Mirren and Jeremy Irons. He received an Emmy® Nomination for Outstanding Supporting Actor in a Miniseries or a Movie for his role as Earl of Essex and the series received the 2007 Golden Globe® Award for Best Mini-Series or Motion Picture Made for Television and the Emmy® Award for Best Miniseries.

On stage, Dancy recently starred on Broadway in the Tony nominated play “Venus in Fur” opposite Nina Arianda. For his performance he was nominated for a 2012 Drama Desk Award for “Outstanding Actor in a Play.” He also starred in the MCC Theater’s Off Broadway production of “The Pride” opposite Ben Whishaw and Andrea Riesborough and David Grindley’s “A Journey’s End” opposite Boyd Gaines, Jefferson Mays and Stark Sands, which won the 2007 Tony Award for Best Revival of a Play.