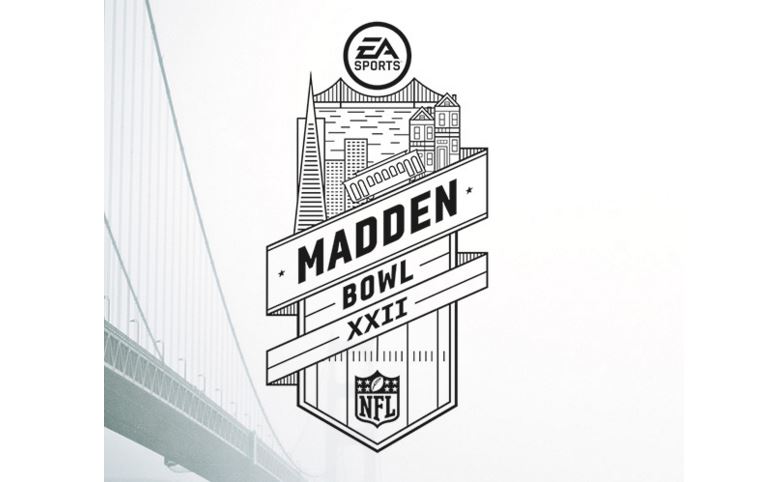 On Thursday, February 4, 2016, 7:00pm, at the Masonic Center, get ready to kick off Super Bowl 50 with one of the biggest and most-anticipated annual events of the week – Madden Bowl XXII – in San Francisco! This year’s invite-only event will showcase two of the NFL’s top players vying for the coveted Madden Bowl championship, as well as the culmination of the Madden Challenge, where two of the best Madden NFL players in the world will square off for a share of the $50,000 prize. This year’s event will pit players against each other in the brand-new Draft Champions Mode in Madden NFL 16. Draft Champions gives players the chance to build a team of both current stars and all-time greats over a quick 15-round draft. Strategy is key to the draft, as players have to determine which positions and players they’re going to prioritize, while also tailoring their gameplan to maximize their squad’s strengths and mitigate its weaknesses. Additional Madden Bowl XXII appearances will include current and legendary NFL stars, celebrities and musical guests.

We recently wrapped up our annual exclusive interview with Randy Chase, Sr. Director of North America Marketing, EA SPORTS. He gave us news on the rising stars of the NFL that will be competing at Madden Bowl and the Artists who will be rockin’ the Masonic into the late night.

SUPER SUNDAY HQ: How special is it for EA Sports to have Madden Bowl XXI in the Bay Area?

RANDY CHASE (EA): It’s right in our backyard for EA. We’re right down the street in Redwood Shores. So it’s awesome to have it in San Francisco, in the heart of the tech world. Having Madden Bowl there, but also bringing some of the innovation within Madden out, within the event. We continue every year to try to find new and different ways to innovate on Madden Bowl and we’re really excited about what we have this year.

RANDY CHASE (EA): We have Madden Challenge and we have the Madden Bowl this year. Every year we try to involve the fans more and more, and this is kind of the ultimate reality of that. We’ve been doing a challenge throughout the year, where people can play and can work up the ladders of Draft Champions and we’ve been having some events in Burbank where people have been qualifying for a chance to go to Madden Bowl week and Super Bowl week. Earlier in the week, on Tuesday at NFL Experience, we’ll have 8 semi-finalists coming to play their match-ups and the top two from that will then go on to Madden Bowl on Thursday night to play for the Madden Challenge. We have 4 NFL Players who will also be playing at the NFL Experience (in the afternoon, into the evening, on the big football field), and the top two players from there will play at Madden Bowl. And so this year’s Madden Bowl will be the finals of both the Madden Bowl and Madden Challenge tournament.

SUPER SUNDAY HQ: In years past, we saw several NFL athletes compete in a Madden Bowl Tournament at the event. How has the format changed this year?

RANDY CHASE (EA): One of the things that’s kinda changed for us is that on Tuesday, we’re going to be working with Twitch and we’re going to be streaming all the match-ups that are taking place on Tuesday, both the Madden Challenge as well as the Madden Bowl. And then on Thursday night at Madden Bowl, we’ll also be streaming the two finals events. So part of it too is putting together a really good live stream with Twitch. Part of it, being on the West Coast you really don’t want it to go too long because you start running into the wee hours of the morning for those on the East Coast. So we wanted to have a nice tight package for Thursday night with the two finals . That way we get done at a reasonable hour on the East Coast and then that way we have plenty of time for the celebration of Madden Bowl on the West Coast.

SUPER SUNDAY HQ: Tell us about how you chose the Masonic Center as the venue this year?

RANDY CHASE (EA):  After last year, number one on the list when looking for venues was finding some place where we would not be impacted by the weather. In Arizona we were told that it only rains twice in the winter and we got one of those days. So we try to control a little bit more of what we can control, which is the weather. We were looking for a little bit larger venue this year because being in San Francisco we’re going to have a lot more folks that are going to want to come including a lot of partners that will be in town that maybe wouldn’t  normally be in town for Super Bowl. So we’ll be having them out as well as some of the folks who work at our Redwood Shores facility as well. So we found the masonic. It’s a great venue. A fantastic venue for a concert. Also sets up well for our Twitch stream. They have a lot of amazing events there.

SUPER SUNDAY HQ: Let’s hear about the sponsors who are also part of this event?

RANDY CHASE (EA): We have a sponsorship with Xbox one and Xbox live. They are going to be simulcasting the stream on Xbox Live, and Xbox is the tournament sponsor for the event so they’re back again for us. We have Papa John’s again. That’s always a very popular one because they bring the late night pizzas. That’s always a crowd pleaser. We also have Verizon Wireless. And Bud Light and Southern Wine and Spirits are going to be sponsoring the bar.

SUPER SUNDAY HQ: Who will compete this year?

RANDY CHASE (EA): For the tournament, we have four guys locked in for the tournament. Eddie Lacy, Eric Berry, Devonta Freeman, and DeAndre Hopkins. They’re a really good mix of guys. They’re young guys who have made a name for themselves in the league and are huge Madden fans, so they’re pretty excited about participating in the Madden Bowl. Then from a music perspective, we have Fall Out Boy and Ludacris, so we’re excited about having them and a good mix of talent at the event.

SUPER SUNDAY HQ: Are you hearing from athletes and celebrities who want to attend?

RANDY CHASE (EA): We get hit up virtually by every agent. Madden is such a cultural phenomenon. It’s huge among celebrities. We could fill four or five Masonic Centers with all the people that want to come.

SUPER SUNDAY HQ: Try to sum up what this year’s Madden Bowl is all about.

RANDY CHASE (EA):  Madden Bowl is an expression of all things Madden, whether it be from the music, the game itself, with the tournaments, with the streaming, with the Draft Champions, the new mode in the game, we have a lot of really good integration with our partners at XBOX and there’s gonna be offers that are gonna be taking place that fans can check out at Xbox live and Xbox. com. Fans can see what kind of offers we have on Madden both on the game as well as the digital content. It’s just a great expression of madden as a brand.