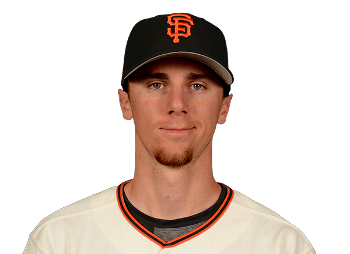 Meet San Francisco Giants Rookie 3B Matt Duffy at Lefty’s! On Sunday, 9/13, from 6PM-7:30PM, fans can get autographs from Duffy, a 2014 World Series Champion and outstanding rookie third-baseman for the San Francisco Giants.  Check the Lefty’s Sports Cards website for the latest news. Currently the prices are: Autograph (any item) – $49.99, Inscription (up to 3 words) – $20.00, and Photo Op (does not include auto) – $35.00. 24-year-old Matt Duffy is nicknamed “Duffman” and played at  Long Beach State until he was drafted by the San Francisco Giants in 2012.He bats and throws right-handed. As you may recall, in Game 2 of the 2014 National League Championship Series, Duffy scored the tying run from second base on a wild pitch in the top of the ninth inning. He was the youngest player on the Giants’ 25-man roster for the 2014 World Series.

Lefty’s can be found in the Burlingame Plaza on 1859 El Camino Real in Burlingame, California. The shopping center is located between Murchinson Dr. and Trousdale Dr. For your memorabilia and autograph needs, give them a call at (650) 697-2274.