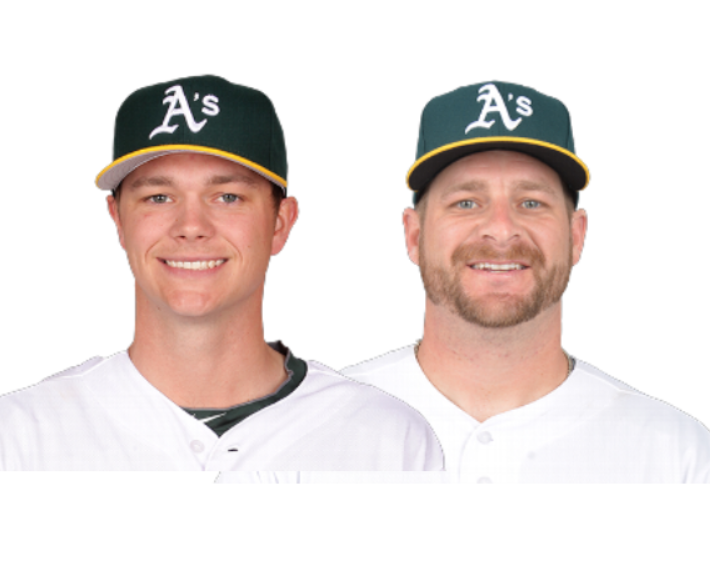 Meet Oakland A’s Sonny Gray & Stephen Vogt on August 19 at Lefty’s – Attention Bay Area Autograph collectors and Oakland A’s fans: Lefty’s Sports Cards in Burlingame will host two of the Oakland Athletics’ rising stars on Wednesday, August 19th from 6:30pm-7:30pm, as they are set to pose for photos and sign autographs in-store. Fans should immediately head over here to to learn more about getting photo opp, autograph, and inscription tickets for this special event.

In 2014, Sonny Gray made his first career Opening Day start on March 31st. He started the season 4-1 with a 1.76 ERA, while also recording his first complete game shutout, and 37 strikeouts in 41.0 innings pitched over six starts in April. For his early success, he was named AL Pitcher of the Month for the first time in his career. He would later go on to win AL Pitcher of the Month for July, as well. On the final day of the regular season, Sonny clinched the Athletics’ third consecutive playoff spot with a complete game win on the road against the Texas Rangers. The A’s would go on to lose the 2014 AL Wild Card Game to the Kansas City Royals in extra innings.

In 2015, Sonny was tabbed for a second straight Opening Day start for the Oakland Athletics on April 6th against the Texas Rangers. He pitched 8 innings and allowed only 1 hit, holding the Rangers hitless until the 8th inning. Gray continued his success through mid-July, as he held a 10-3 record and a 2.04 ERA at the All-Star Break. As a result, he was selected to his first All-Star Game.

Stephen Vogt, a 12th-round draft pick of the Tampa Bay Rays who didn’t make the big leagues until he was nearly 28 years old, was traded to Oakland in 2013 for cash. Fast forward to 2015, and the charismatic catcher made the All-Star team this year in Cincinnati. Vogt has recently snapped his eight game hitless streak, and is looking to return to his pre-All-Star Break form.

Ghostbusters Movie Review: Cheesy, But Loveable Tribute – Family-Friendly, with Plenty of Cameos and Nostalgic References, this Reboot Compensates for a Yawner of a…