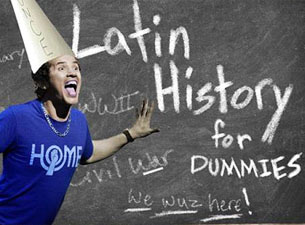 John Leguizamo has been one of the most interesting and dynamic figures in the entertainment industry for the past 20-plus years. Since beginning his career as a stand-up comedian in New York’s nightclubs in the early 80s, Leguizamo has worked his way up into film, television, theater, and voice work. You are probably most familiar with his roles in To Wong Foo, Thanks For Everything! Julie Newmar, Moulin Rouge, Kick Ass 2, and the Ice Age films.

Now Bay Area fans can see Leguizamo in his stand-up act when he comes to Cobb’s Comedy Club in San Francisco for four nighttime shows on November 14th and 15th. Tickets are available now on Ticketmaster, but get them now as all shows only have a few tickets left. Come and spend this Friday or Saturday evening with one of Hollywood’s most versatile funnymen.

For more on all things sports and entertainment in the Bay Area, bookmark Bay Area HQ!