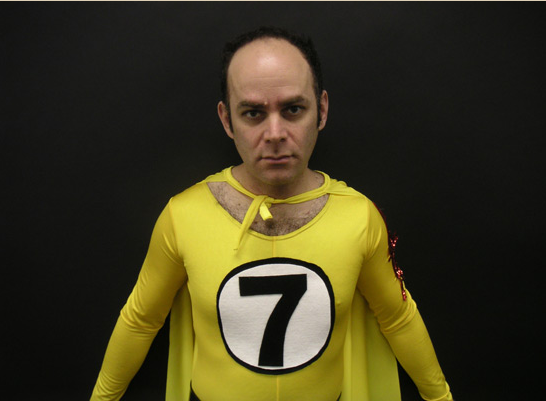 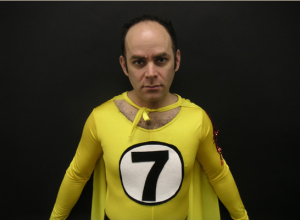 Whether you’ve seen him on HBO’s “Flight of the Conchords,”  “Comedians in Cars getting Coffee,” or on any of his other TV and film appearances, chances are Todd Barry has made you laugh before. And he’s returning

to San Francisco this weekend for four shows on Friday & Saturday nights (9/19 & 9/20) at Cobb’s Comedy Club. This isn’t you’re ordinary comic, the man is a comedic genius and he won’t be back for awhile, so make sure you catch him and his hilarious

and unique brand of humor. We caught up with Todd recently, and here’s some reasons why we think you owe it to yourself to check him out live:

While you can expect tons of laughs, you’re not going to see canned material, or recycled jokes. Todd is one of those guys whose spur-of-the-moment performance is just as good as any prepared one.
You won’t find any preview of what he has in store, and he won’t spoil the fun by telling you. “It’s supposed to be a surprise,” Barry says, explaining he never knows how to answer the question that asks what he has planned for the show.

Many comedians have engaged in funny exchanges with the audience at clubs, but how many actually went on a tour without the prepared jokes and did entire shows of riffing and bantering with the audience? Filmed in seven west coast cities, “Todd Barry: The Crowd Work Tour” showcases Barry’s natural talent and hilarious wittiness. Though the tour is over, those who come to Cobb’s will likely see the master of crowd-working in action, “I always tend to do some of that in every show, for the most part,” Todd told us.

Louis C.K. is one of Todd’s biggest fans: “Todd Barry is a great comedian.  He has always been one of my favorites.  There is no one out there like him.  There never has been.  He’s hysterically funny. ” In fact, on Todd Berry’s website, you’ll see a cool photo of Todd, taken by none other than Louis C.K. himself.” In fact, Louis C.K. took the main photo of Todd that appears on ToddBarry.Com. “We were on tour and he had some sort of fancy camera, like a real film camera, old school type. He took a really good picture. I like that picture,” said Todd.

4. He’s Cool with Sitting at Communal Tables in Coffee Shops

While he’s hung out with the biggest names in comedy, this guy is incredibly down to earth and humble. “I don’t mind sitting at a communal table actually. I think people don’t share tables enough in coffee shops. Sometimes you’ll go to a coffee shop and they’ll have four tables and it’s just four people sitting there by themselves,” Todd said.

3. He’s Likes Tech, But Thinks You Should Enjoy Life Too

“A lot of it just gets. I have a smartphone. I have a Galaxy. I play 2048 game. It’s really simple, yet addictive. I enjoy some of that stuff. But I think a lot of it keeps you from the more important stuff. You can line up for an iPhone 6, but you’re still going to use it to see if your friend wants to get lunch. People who camp out for the phone, I just don’t understand it.,” said Barry

We’ve never seen a comedian with a Receipt Museum on his Website. Todd collects some interesting receipts, even one from Osaka Ya in San Francisco. When asked when we’ll see more, he said ” “I need to update that. I have some in draft mode. I get overwhelmed, so I can’t do everything. I probably could do everything…” What about those smiley faces on receipts, are those attempts by servers to get to know Todd more? “They just want want a tip….I’m sure there’s some people who’ve had love notes written to them…but not me.”

1. Welcome Todd back for his First Headlining Performance at Cobbs!

Todd is no stranger to San Francisco. “It’s probably in the top five cities that I’ve been to the most. I’ve always had a good time there. I’ve liked the city and I’ve like the places I’ve worked.” What will he do during the daytime in SF?
“I usually find a good coffee place. Just sit and stare into space for awhile. Couple hours.” How he feels about visiting the city again? “I’m pretty excited. I’ve never headlined Cobbs. But I’ve worked for the team who own it many times. It’s a well-run room with good audiences. I am looking forward to it.” Get your tickets now at Cobb’s Comedy Club.