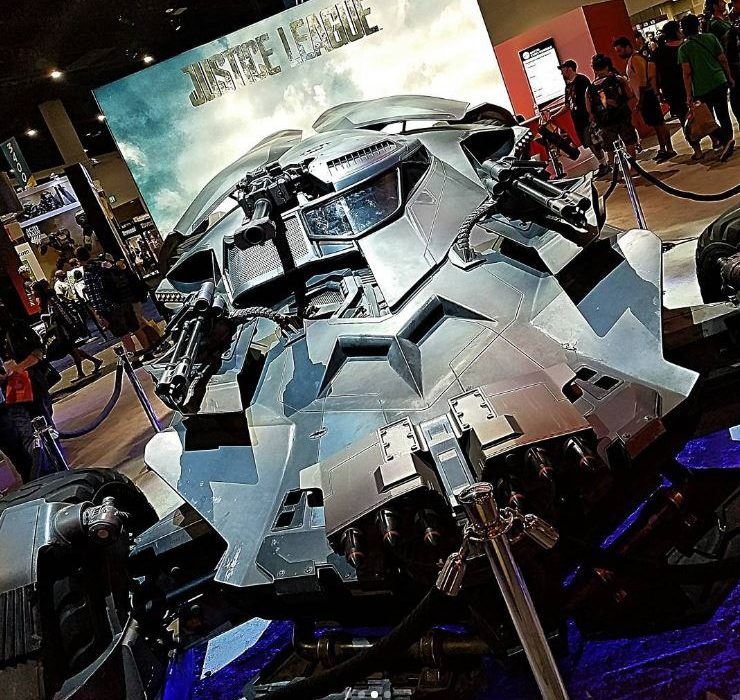 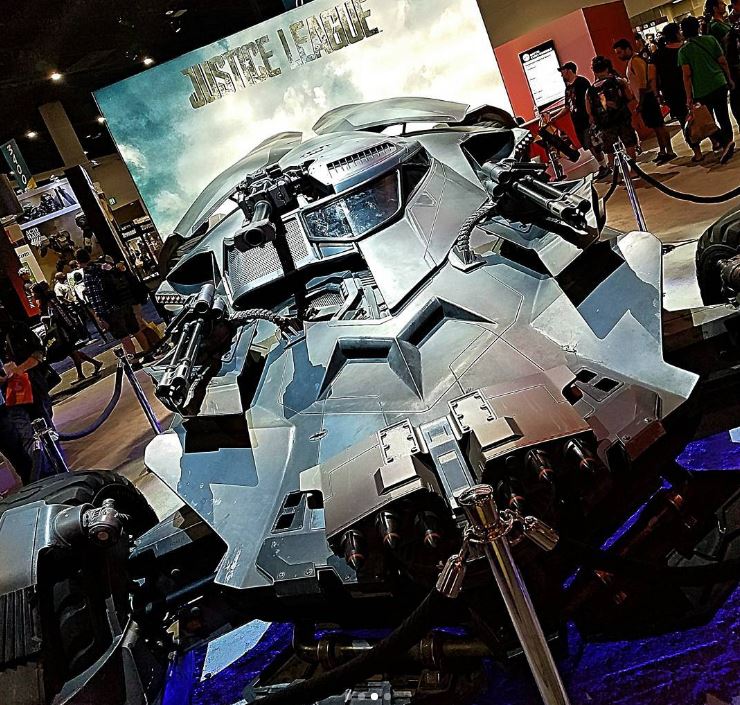 Hall H Comic Con Schedule and Panels – San Diego Comic Con 2017 is upon us and for your quick reference we have provided the schedule for both rooms that will have the majority of the best panels featured at Comic Con. For all the latest updates, make sure you visit the official source.

The Kingsman and The Statesman are kicking off Comic-Con 2017. Taron Egerton, Colin Firth, Halle Berry, Channing Tatum, Jeff Bridges and Pedro Pascal will be joined by screenwriter Jane Goldman and Kingsman co-creator and Comic-Con legend Dave Gibbons. The panel will be moderated by Jonathan Ross.

This panel will explore the upcoming Sony Pictures Classics film Brigsby Bear with Kyle Mooney, Dave McCary, Beck Bennett, Kevin Costello, and members of The Lonely Island, moderated by Entertainment Weekly’ s Anthony Breznican. There will be an exclusive extended clip of the film followed by a Q&A session.

Just before the series is set to end its historic run on MTV, this panel will take a look back at where it all began. Teen Wolf cast and crew will be on hand to reminisce about how the show got started, talk through the challenges that shaped it as it grew into a beloved series, and tease the epic moments that will close out a six-year saga. Expect series regulars, surprise guests, and one last chance to say goodbye to a TV show that defied expectations at every turn.

Netflix presents a special sneak peek at David Ayer’s new action-thriller film, Bright, set in an alternate present-day where humans, orcs, elves, and fairies have been coexisting since the beginning of time. Stars Will Smith, Joel Edgerton, Noomi Rapace, Lucy Fry, and Édgar Ramírez, and director David Ayer will debut exclusive footage from the film and answer audience questions. Attendees will also be treated to a first look at the new movie Death Note,based on the famous Japanese manga written by Tsugumi Ohba and Takeshi Obata. Cast and filmmakers from this edgy thriller will debut footage and share details of the project’s transition from fan-favorite graphic novel to film.

The Big Bang Theory returns to San Diego to take you inside the biggest moments of season 10 and behind the scenes of TV’s #1 comedy for a special 10th anniversary panel. From the introduction of Penny’s family, to the baby, to that season finale moment that left fans hanging (What will Amy say?), join folks from the show for a lively discussion and special video presentation. From Chuck Lorre Productions, Inc. in association with Warner Bros. Television, The Big Bang Theory returns for season 11 this fall, premiering Monday, September 25 at 8/7c on CBS. The Big Bang Theory: The Complete Tenth Season is available now on Digital, and will be released on Blu-ray and DVD this fall.

Based on the bestselling fantasy book series A Song of Ice and Fire by George R. R. Martin, HBO’s Emmy- and Golden Globe-winning series Game of Thrones began its seventh season on July 16. The series, executive produced and written by David Benioff and D. B. Weiss, is an epic story of treachery and nobility set on the continent of Westeros, where summers and winters can last years. Cast panelists include (in alphabetical order) Alfie Allen as Theon Greyjoy, Jacob Anderson as Grey Worm, John Bradley as Samwell Tarly, Gwendoline Christie as Brienne of Tarth, Liam Cunningham as Davos Seaworth, Nathalie Emmanuel as Missandei, Conleth Hill as Varys, Sophie Turner as Sansa Stark, and Isaac Hempstead Wright as Bran Stark. The panel will be moderated by a special Westerosian guest.

Hear from the cast and creators of one of the most influential TV series of all time. Many of the amazing series being made today owe a debt to a small town in the Pacific Northwest called “Twin Peaks.” To quote Entertainment Weekly, “Before there was Peak TV, there was Peaks TV.” And now, 25 years later, the story continues in the new SHOWTIME limited event series starring Kyle MacLachlan as FBI Special Agent Dale Cooper, who returns along with original cast members in their unforgettable roles. Watch Twin Peaks Sundays at 9/8c only on SHOWTIME.

Executive producer Seth Rogen joins comic book co-creator and series executive producer Garth Ennis and members of the cast, including Dominic Cooper, Ruth Negga, Joseph Gilgun, Ian Colletti, and Graham McTavish for a mid-season 2 panel discussion about the story so far and what’s to come. Join the panelists for a Q&A session and an official sneak preview of episode 206, which airs on Sunday, July 24.

Daredevil. Jessica Jones. Luke Cage. Iron Fist. Four iconic superheroes. One stage. Nuff said! Jeph Loeb and surprise guests of the highly anticipated Netflix original series Marvel’s The Defenders band together for a panel you do not want to miss! Be the first to get an exclusive look into the superhero team-up that everyone is talking about before its August 18 global launch on Netflix.

On Saturday, July 22, beginning at 11:30 a.m., Warner Bros. will light up Hall H with a presentation showcasing some of its eagerly awaited upcoming releases, with exclusive footage and revealing conversations, helmed by master of ceremonies Chris Hardwick. The lineup includes director Steven Spielberg’s Ready Player One, based on the hugely popular Ernest Cline novel, with stars Tye Sheridan, Olivia Cooke, Ben Mendelsohn, and T.J. Miller, author/co-screenwriter Cline, co-screenwriter Zak Penn, and Spielberg on the panel; the long-awaited Blade Runner 2049, Alcon Entertainment’s sequel to the cult classic, which takes us 30 more years into the future, with stars Ryan Gosling and Harrison Ford as well as Ana de Armas, Sylvia Hoeks, Robin Wright, Lennie James, and Mackenzie Davis, writers Hampton Fancher and Michael Green, and the film’s director, Denis Villeneuve; and the greatest superheroes of the DC universe, united for the first time on the big screen, with stars Ben Affleck, Gal Gadot, Jason Momoa, Ezra Miller and Ray Fisher talking all things Justice League, as well as an early look at director James Wan’s Aquaman.

Furiosa in Mad Max: Fury Road . Cipher in The Fate of the Furious . Ravenna in Snow White and the Huntsman . Meredith Vickers in Prometheus . Aeon Flux. For more than a decade, Oscar winner Charlize Theron has embodied strength, power, searing intelligence, and steely determination on screen. Now, as she prepares to beat the hell out of sinister forces in her new movie Atomic Blonde, EW sits down for no-holds-barred conversation with a woman who defies the rules-and creates her own.

Join the cast and creators of the pop culture phenomenon Stranger Things for an in-depth discussion on the acclaimed series, the journey to Season 2, and be the first to experience never-before-seen footage of what’s to come this October.

HBO’s Westworld concluded its critically acclaimed first season in December and is currently saddling up for season 2. The series-created, executive produced, and written by Jonathan Nolan and Lisa Joy -is a dark odyssey about the dawn of artificial consciousness and the evolution of sin. Cast panelists include Ben Barnes as Logan, Ingrid Bolsø Berdal as Armistice, Ed Harris as the Man in Black, Luke Hemsworth as Stubbs, James Marsden as Teddy, Thandie Newton as Maeve, Simon Quarterman as Lee Sizemore, Rodrigo Santoro as Hector, Angela Sarafyan as Clementine, Jimmi Simpson as William, Tessa Thompson as Charlotte Hale, Evan Rachel Wood as Dolores, Shannon Woodward as Elsie, and Jeffrey Wright as Bernard/Arnold. The panel will be moderated by internationally renowned vocal artist/beatboxer/musician/comedian Reggie Watts.

Marvel Studios president and producer Kevin Feige and special guests provide an inside look at the ever-expanding Marvel Cinematic Universe.

Series stars and executive producers answer questions about the shocking events in last season’s intense two-part finale and preview what’s in store for lucky season 13. Fans will also be treated to an exclusive video presentation featuring series highlights of your favorite guys from Kansas and maybe a surprise or two! The 13th season of Supernatural will return to Thursdays this fall in its new 8/7c time slot on The CW. The series is produced by Kripke Enterprises Inc. in association with Warner Bros. Television.

The Last Ship is back for a thrilling fourth season, and it’s time to reenlist! Over the course of the first three seasons, the Navy destroyer U.S.S. Nathan James has been the central vehicle for the discovery and distribution of the cure to the Red Flu, resulting in near global recovery. After the chilling events at the end of last season, Tom Chandler (Eric Dane) has given up his heroic titles and responsibilities and sought solace-and anonymity-with his family in a small fishing village in Greece. Meanwhile, Captain Slattery (Adam Baldwin) and the crew of the Nathan James have discovered that the virus has “jumped kingdoms” and now infects the world’s food crops, bringing humanity to the brink of global famine. As the ship traverses the Mediterranean in search of a solution that can save the world’s food supply, Chandler encounters his own enemies in Greece. His “hero’s journey” becomes a modern-day retelling of Homer’s Odyssey. Join Eric Dane, Adam Baldwin, Bridget Regan, and showrunner Steven Kane for an exclusive sneak preview of what’s yet to come this season.

Join stars Elijah Wood (Todd Brotzman), Samuel Barnett (Dirk Gently), Hannah Marks(Amanda Brotzman), Jade Eshete (Farah Black), Fiona Dourif (Bart), Mpho Koaho (Ken), and new to season two, Alan Tudyk (Mr. Priest) and Tyler Labine (Sherlock Hobbs) when they descend on Hall H with writer and executive producer Max Landis (Bright) and showrunner Robert Cooper (Stargate Atlantis). Moderated by Kevin Smith, the panel will chat with fans about how everything was connected in season one and provide an exclusive sneak peek at season two. Inspired by Douglas Adams’ (The Hitchhiker’s Guide to the Galaxy, Doctor Who) acclaimed novel and from the studio of The Walking Dead, WIRED says the BBCA original series “has all the makings of a new cult favorite” and the Hollywood Reporter says it’s “a fun, absurdist story that will have loads of weird twists and turns.” Season one is available to binge on BBCAmerica.com, BBC America App, and On Demand from July 1-31. Season two premieries this fall on BBC AMERICA.

BBC America’s Doctor Who returns to San Diego Comic-Con for the final Hall H panel with star Peter Capaldi. Fans will have an exclusive sneak peek of the upcoming Doctor Who Christmas Special—the final episode starring Peter Capaldi as the Doctor and written by Emmy Award-winning lead writer and executive producer Steven Moffat. Join Peter Capaldi (the Doctor), Pearl Mackie (Bill), Matt Lucas (Nardole), Michelle Gomez (Missy), writer and actor Mark Gatiss (Sherlock), and showrunner Steven Moffat (Sherlock) for a panel moderated by Chris Hardwick that will celebrate Christmas in July and share one last look back at their time with the iconic global hit series with fans. Watch the entire critically acclaimed new season of Doctor Who now on BBCAmerica.com, BBC America App, and On Demand.

Seating in all event rooms at Comic-Con is on a first-come, first- served basis. Because of the sheer number of attendees, simply having a badge does not guarantee a seat in programs and events, nor an autograph from a specific celebrity. Please…absolutely no recording of the video footage or images presented by the studios on the screens.