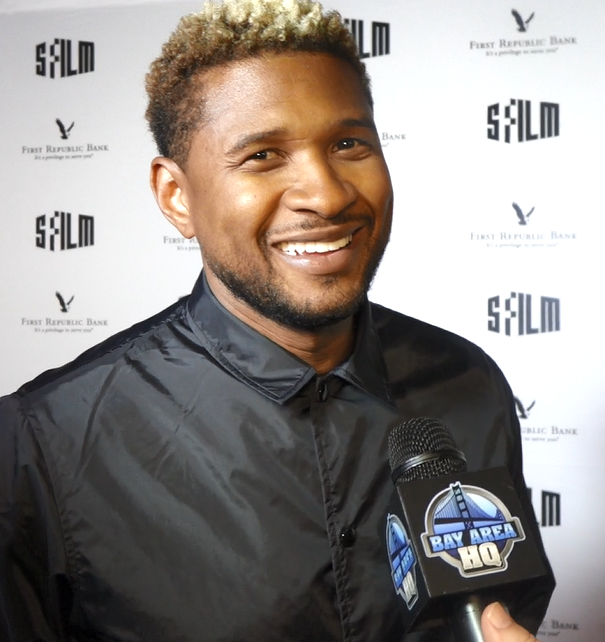 Usher and several celebs are in town for the 60th Annual San Francisco International Film Festival that runs until April 19. Track all the films and stars by downloading the Film Festival’s app, and checking the website. Usher talked to Bay Area HQ, and gave his take on what comes to mind when hearing San Francisco, as well as why he still want to appear in films and what was special about starring in People You May Know.

In the movie, Jed is a 30-something introvert who, after abstaining from social media his adult life, is convinced that he doesn’t exist if he’s not online. When filling out his profiles, he realizes the life he can fake is much more interesting than the one he actually leads. Along with Usher, the film stars Halston Sage, Nick Thune, Kaily Smith Westbrook, Nick Rutherford, Gillian Alexy, Carly Chaikin, Justin Klosky, Michael Schwartz, Ian Harding, and more.

Founded in 1957, the San Francisco International Film Festival is the longest-running film festival in the Americas. Held each spring for two weeks and highly anticipated by its loyal, passionate audiences, SFFILM Festival is an extraordinary showcase of cinematic discovery and innovation in one of the country’s most beautiful cities, featuring some 150 films and live events with more than 100 filmmakers in attendance and nearly two dozen awards presented for excellence in film craft.

Consider joining the SF Film Society:  Starting at just $70, SFFILM membership grants the best access to all of their programming, including significant ticket discounts, advance sales to the San Francisco International Film Festival, invitations to free screenings throughout the year, and exclusive access to curated film streaming service.