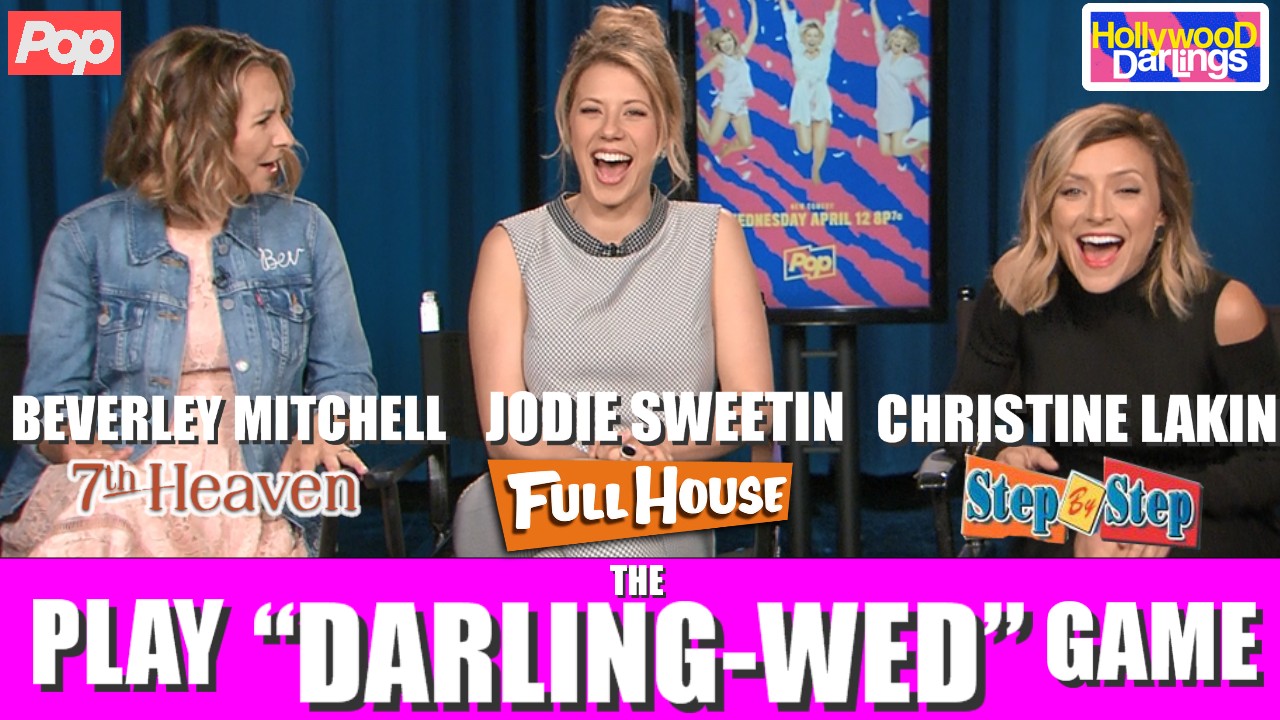 Wednesday nights will soon be all that and a bag of chips as Pop gears-up to debut two new original comedies HOLLYWOOD DARLINGS and RETURN OF THE MAC (formerly “The Joey Mac Project”) on April 12.

The back-to-back television premieres will reunite fans with their favorite stars from the ‘90s, including Jodie Sweetin, Beverley Mitchell and Christine Lakin in HOLLYWOOD DARLINGS at 8:00 p.m., ET/PT, followed by Joey McIntyre in the CBS Television Studios scripted comedy RETURN OF THE MAC at 8:30 p.m., ET/PT.

“We’re psyched to introduce two fresh comedies that boast hilarious performances from a ‘90s dream team of stars,” said Justin Rosenblatt, Executive Vice President, Original Programming and Development, Pop.  “Audiences will have a blast seeing a new side of Jodie, Beverley, Christine and Joey now that they’re grown-up and juggling showbiz careers, married life and parenthood. Seeing them on-screen again reminds us why we fell in love with them in the first place and why their classic series and performances continue to appeal to new generations discovering this talent for the very first time.”

HOLLYWOOD DARLINGS turns the camera on real-life friends who are bonded by a sisterhood that only they can share as former child stars who grew up in the 90’s limelight – Jodie Sweetin (“Full House,” “Fuller House”), Christine Lakin (“Step By Step”) and Beverley Mitchell (“7th Heaven”). In this improvised comedy, the three actresses play exaggerated versions of themselves in their current Hollywood lives. With the support of one another, this girl squad can take on anything when it comes to parenting, marriage, friendship and revived careers in Hollywood.

RETURN OF THE MAC is a scripted comedy starring boy band heartthrob Joey McIntyre as a version of himself alongside his real-life family—wife Barrett and their three children, Griffin (8), Rhys (6) and Kira (5). As he embarks on a hilarious quest to be taken seriously as a legit actor, Joey is thrown into the reluctant role of a talk show host at a fledgling cable network called The Comfy Channel. As Joey starts to navigate the talk show circuit, he is joined by his often misguided manager and team played by a hysterical cast, including Adam Ray, Jamie Denbo, Katie Wee, Punam Patel and Jordan Black.

HOLLYWOOD DARLINGS is produced by Main Event Media and All3Media America. The series was created by Jimmy Fox, who serves as Executive Producer along with Layla Smith and Greg Lipstone.

RETURN OF THE MAC is executive produced by Donnie Wahlberg, Jenny McCarthy and Joey McIntyre, along with Tim Gibbons (“Curb Your Enthusiasm”), Paul Greenberg (“Best Time Ever with Neil Patrick Harris”) and Jenny Daly (“Storage Hunters”).

About Pop:
Fans don’t sit at the outskirts of pop culture making snarky comments. They live right smack in the middle of it, sharing, creating, and connecting their passions with others. At Pop, fans finally have a destination that celebrates the fun of being a fan. Fans aren’t even fans anymore – they’re gladiators, tributes, human beings and blockheads. Seen in more than 80 million homes, Pop gives fans a dedicated channel that loves being a fan as much as they do. A channel that respects talent over celebrity. A channel filled with optimism, passion, humor, and excitement. A channel that understands the fun doesn’t stop when the credits roll… it’s really just the beginning.

Pop is a joint venture of CBS Corporation (NYSE: CBS.A and CBS) and Lionsgate (NYSE: LGF). The partnership combines CBS’s programming, production and marketing assets with Lionsgate’s resources in motion pictures, television and digitally delivered content.  Pop’s ownership structure is comprised of the company with the #1 broadcast network and many of the top first-run syndication series (“Entertainment Tonight,” “The Insider”) and the studio that produces and distributes the blockbuster “Hunger Games,” “Twilight” and “Divergent” franchises and produces such award-winning TV series as “Mad Men” and “Orange is the New Black.”