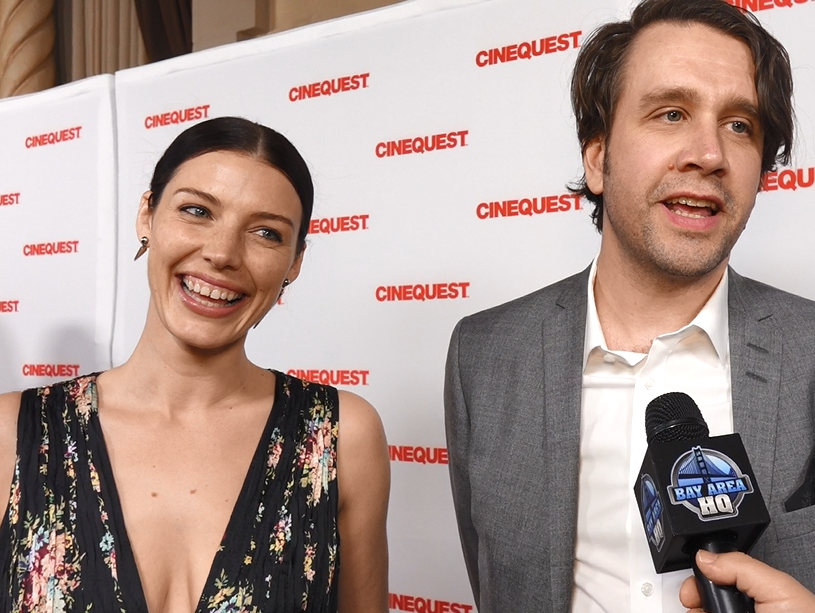 Jessica Paré and Tyson Caron talked to Bay Area HQ about their new film LOVESICK, romantic comedy and a love letter to the city at the heart of the continent, Winnipeg. Fans of the show Mad Men will instantly recognize Jessica Paré as Megan Draper. Watch the interview above to get to know these two fun and talented artists. You can still catch the movie at one of Cinequest’s showings right here. Visit the Facebook page to learn more.

Falling in love easy. Falling out is hard. Winner of ShowCanada’s 2016 Spotlight Award, Tyson Caron’s LOVESICK is a romantic comedy and a love letter to the city at the heart of the continent, Winnipeg. Dash (Jacob Tierney ) has nothing figured out. He’s a 33-year-old mural artist living cheque-to-cheque. The DSM-5 would classify him as clinically depressed but he is still in denial and lost in the past. In fact, Dash thinks he still has a chance with his ex-Lauren (Jessica Paré), after all she is only engaged to Dash’s charming nemesis Mark Adam Jones (Jay Baruchel). Dash’s friends are like family, but his bestie Bee (Rebecca Gibson), her wife Mary (Sarah Constible), and filterless Conrad (Adam Brooks) can’t take any more of Dash’s moping. If Dash is going to figure his shit out, he’s on his own.

Things get complicated for Dash when he meets Nora van Denbrock (Ali Tataryn, in a breakthrough performance) – a spontaneous woman who is impossible to forget. Sure Nora has her own problems – she’s a binge drinker and attending AA to be proactive (her mother is an alcoholic). But, in comparison to Dash, this woman has it together and is the definition of a “catch”. If only Dash’s head wasn’t stuck in his ass, maybe he would see what is staring him right in the face?

But timing really is everything and Nora is not the type of woman who is going to wait around on pins and needles for her knight in shining armor to arrive. With nowhere left to turn, Dash does what every neurotic, self-centered, immature, hopeless romantic, male would do? He goes for psychotherapy. With Dr. Goldberg (Ross McMillan), an unorthodox Freudian disciple as his guide, Dash navigates through the confusing labyrinth of love. His heart breaks and un-breaks then breaks again – and this is just the first act. Dash really cannot let go of Lauren – he is trapped in a perpetual state of unrequited love. At the end of his rope, he is forced to make a huge decision that will change his life forever. Sometimes you have to fuck it all up to figure it all out.

LOVESICK is the story of one man’s journey to self-discovery; it’s a late coming of age tale about falling in love and falling apart. It is not a perfect romantic comedy where everyone lives happily ever after. Then again, LOVESICK is not the antithesis either. It’s a love story that will make you laugh and cry. There are no winners or losers; good guys or bad guys. Just real people whose hearts fill up and get torn up. The story is as unpredictable as the enigmatic characters that inhabit it and the payoff is definitely worth the wait.