AT&T Fandome: What’s Inside & More Tech at Pebble Beach – The 2017 AT&T Pebble Beach Pro Am Not Only Features Great Golf and Celebrities, But it also Pushes the Boundaries of Tech 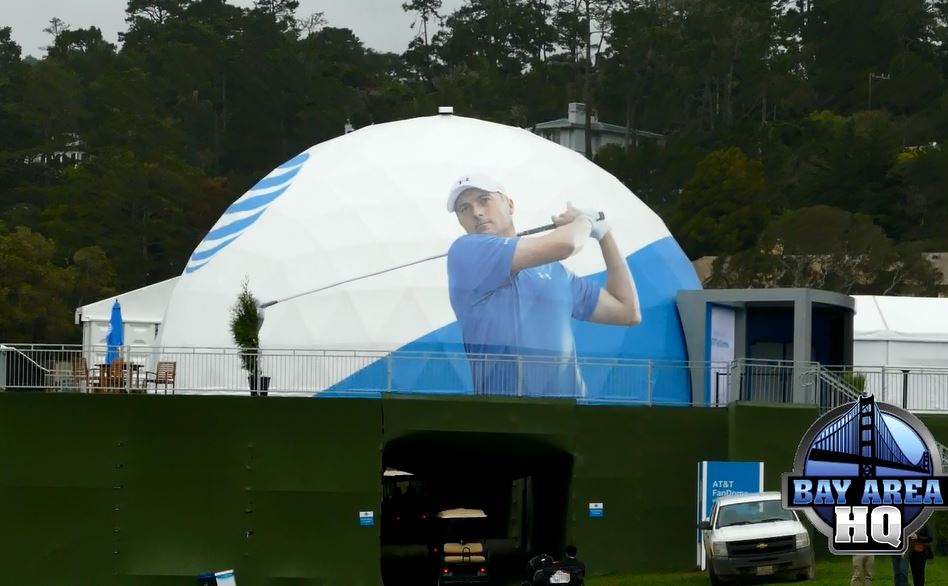 Bay Area HQ went on a special behind-the-scenes tour at the 2017 At&T Pebble Beach Pro Am that showcased the latest technology from AT&T and DIRECTV. While we got to check out the 4K broadcasting truck, and see the portable cell tower that will boost reception for thousands, we were most impressed by the special new fan experience – the AT&T FanDome, where all fans visiting the tournament can experience a new 360 video, Jordan Spieth: The Course of Life. Read further to see what makes the tournament tick from a technology standpoint and watch this first glimpse of the AT&T FanDome. Ticket to see the tournament are still available here.

The AT&T FanDome – What we saw

4K Broadcast Truck – What we saw

We talked to Susan Heffernan, manager at DirectTV, who said the 4K broadcast would run at 62FPS, and requires everything in multiples of four. Four cameras, four times the space, four inputs, etc. Here’s what she had to say about what viewers can expect from the 4K broadcast:

Ken Aagaard, executive vice president with CBS Sports said “We are trying to produce the highest quality video we can..we are still telling the story and still showing golf,” Aagaard said, “just making it a little more sexy for viewers.”

Network Enhancements – What We Saw

“Cell On Wheels” is a mobile tower with that enhances cell coverage. For AT&T customers looking to share about the event on social media (#ATTProAM), the COW will have boost data speeds and coverage, plenty for the entire tournament grounds, according to Lawrence Velasquez, who helps with inner workings of the COW.

Maxim Halloween Party – Girls, Ghouls, and a Good Time! Last Chance Tickets Still Available to One of the Hottest and Star-Studded Events of…