Charlotte Flair on Goldberg, Hell in a Cell, Paige – Watch Our Interview With the 2-time WWE Champ and Support the More Than Pink Effort on WWE.com 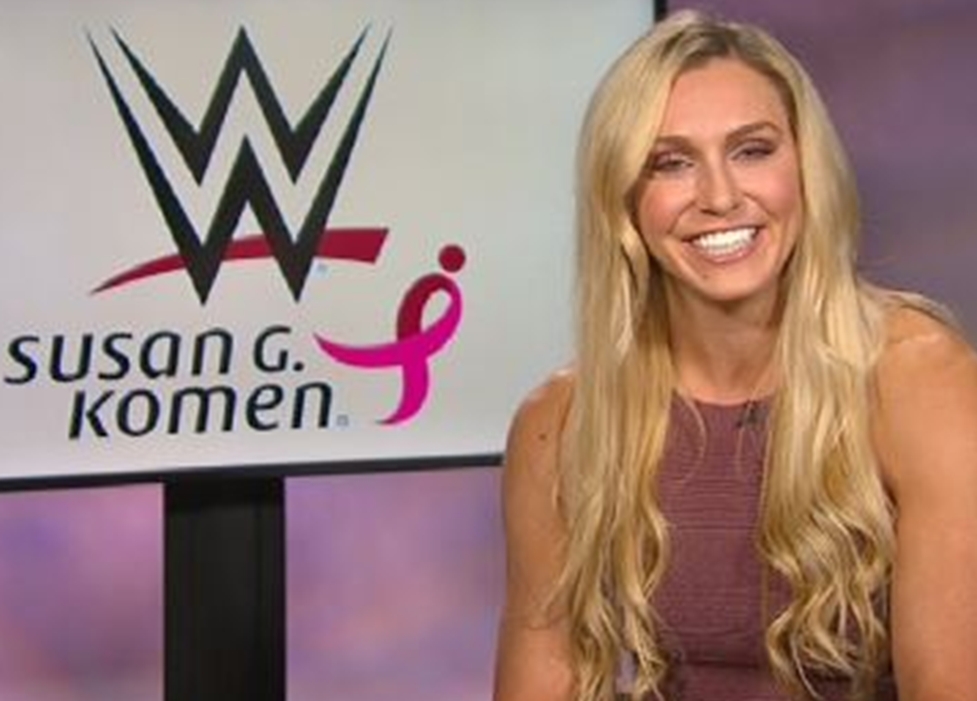 Charlotte Flair talks to Bay Area HQ and shares stories about growing up as Ric Flair’s daughter, talks about her most important travel needs, and answers our questions about Hell in a Cell, Paige, Goldberg, and more! Charlotte will face Sasha Banks for the WWE Raw Women’s Championship on October 30th, available on the WWE Network. Don’t forget to grab your More Than Pink T-Shirt. WWE will donate to Komen 20 percent of all retail sales of the More Than Pink t-shirt sold on WWEShop.com and at WWE live events. Fans will also have the option of donating $1, $5 or $10 upon checkout from the WWE Shop with all proceeds benefiting the Susan G. Komen® Foundation. 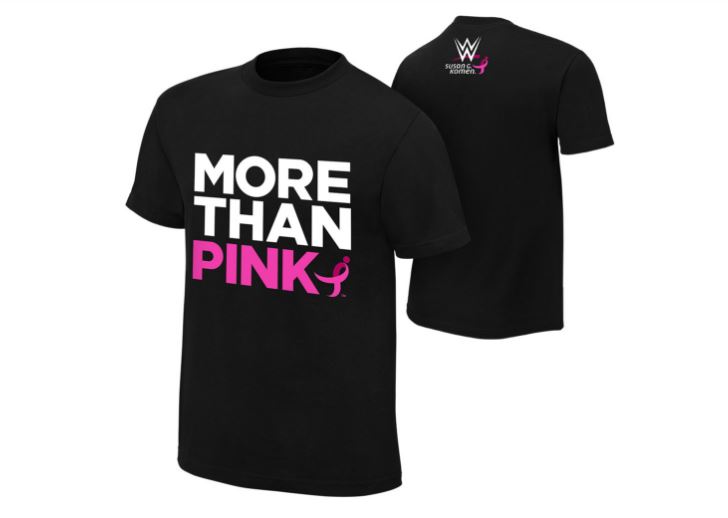 WWE (NYSE: WWE) and Susan G. Komen® will continue their partnership for the fifth consecutive year by encouraging fans to take action in the fight against breast cancer through Komen’s More Than Pink™ movement. More Than Pink celebrates the heroes who have made a significant impact in the fight to end breast cancer, and encourages everyone to take action, big or small, to help Komen reach its Big Bold Goal: a plan to reduce the nation’s current 40,000 breast cancer deaths in the U.S. by 50 percent in the next decade.

To support Komen’s Bold Goal and More Than Pink movement, WWE will create PSA’s that will highlight three survivors, Regina Foreman, Angelica Martinez and Kelly Sherman, who not only won their battle against breast cancer but are now taking action to help fight the disease. WWE will utilize its global platforms including WWE Network, TV broadcasts, live events, and digital and social media to generate awareness and encourage action. Throughout the month of October, the WWE entrance ramp, ring skirts and digital signage will be co-branded to promote the fight against breast cancer. WWE Superstars will wear co-branded More Than Pink apparel in support of National Breast Cancer Awareness Month, and WWE will donate to Komen 20 percent of all retail sales of the More Than Pink t-shirt sold on WWEShop.com and at WWE live events. Fans will also have the option of donating $1, $5 or $10 upon checkout from WWEShop.com with all proceeds benefiting Komen.

“Our longstanding partnership with WWE has made it possible to fund enhanced research and education – helping countless people battling breast cancer worldwide,” says Susan G. Komen President and CEO Dr. Judy Salerno. “Their continued support in reaching the masses with word of our Bold Goal and More Than Pink movement puts us one step closer in reaching our vision of a world without breast cancer.”

“Susan G. Komen has been instrumental in supporting breast cancer research and awareness while working towards finding a cure,” said WWE Chief Brand Officer Stephanie McMahon. “WWE is proud of our long-term partnership with Susan G. Komen and is fully committed to utilizing our global platforms to help Komen achieve its ‘Big Bold Goal’ of reducing current breast cancer deaths in the U.S. by 50 percent in the next decade.”

This year, WWE Superstar John Cena has been named as one of Komen’s “The List,” comprised of More Than Pink Heroes, who are all committed to finding the cures. The More Than Pink movement continues the history of success between Komen and WWE in raising awareness and funds for the fight against breast cancer. The partnership launched in 2012 with the successful “Rise Above Cancer” campaign, and to-date, has raised nearly $2 million for breast cancer research, education and screening. You can learn more about this partnership by visiting www.komen.org/wwe.