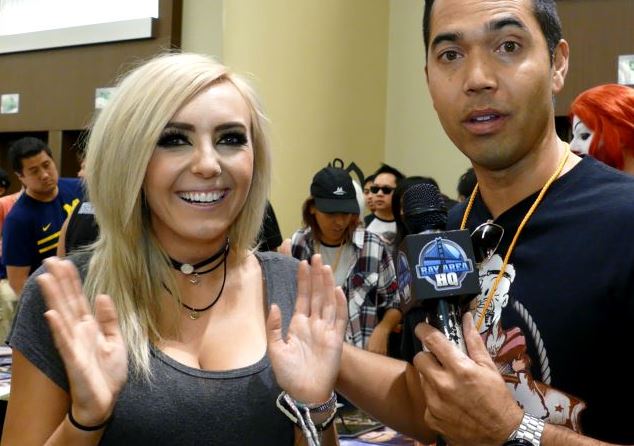 Ricky Del Rosario caught up with several cosplay stars at San Francisco Comic Con, at the Marriot Marquis in downtown. Check out all the sights and sounds of the jam-packed convention, featuring interviews with Jessica Nigri, Lisa Lou Who and more.

Featured are exhibitors that cater to a wide-spectrum of interests including comic books, magazines, toys, games, Star Wars, Star Trek, anime, manga, cosplay, artwork, sketches and apparel. In addition, a roster of comic industry professionals and comicdom-related celebrities are in attendance for attendees to meet and greet. As always, children 12 and under are admitted for FREE, helping to instill the San Francisco Comic Con as the premier family-friendly comic convention in the region. Dr. Who’s Jenna Coleman and Star Wars’ The Emperor, Ian McDiarmid will be signing autographs and taking photos with fans this weekend!

Purchase your September 2-4, 2016, San Francisco Comic Con tickets NOW.
Kids 12 and under are FREE and do NOT require any sort of credential for entry.

THE HOLLYWOOD VAMPIRES JOHNNY DEPP BAY AREA RETURN? The Hollywood Vampires 2023 Tour If you are lucky enough to have plans to be in…