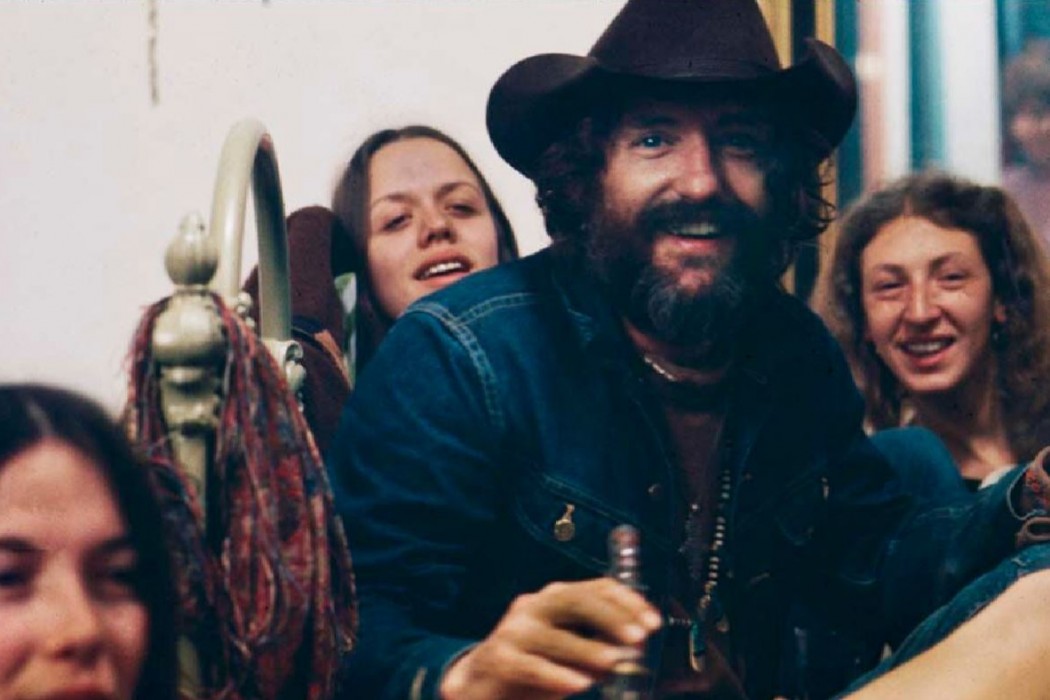 In the mood for something different, yet completely relevant? The American Dreamer quasi-documentary will have you riding shotgun on a 90-minute road trip as the 1971 version of Dennis Hopper shows you his world, sharing his observations, fears, and, even, vices along the way.  Only in a Dennis Hopper documentary will you be reflecting on life one minute, and uncontrollably laughing in another.  Experience the film the way it was intended, on the giant screen at the Alamo Drafthouse. To celebrate the San Francisco premiere at the New Mission, Jay Shaw over at Mondo has created a poster that will be available exclusively at tonight’s screening.

The wild, unexpected success of Easy Rider ushered in what is now seen as one of the most significant turning points in film history, making pathologically rebellious Dennis Hopper an unlikely King of Hollywood for a day. Hopper’s follow-up work, The Last Movie, a deeply personal, but ultimately disastrous meditation on the meaning of cinema found Hopper drifting further and further into eccentricity. Captured by co-directors Lawrence Schiller and L.M. Kit Carson, The American Dreamer is a multi-faceted portrait of the life and mind of one of the 20th century’s great cinematic voices at the peak of his artistic and commercial success. Shifting between being an insightful document of a complex artist (considered one of the true “enfant terribles” of Hollywood) in the midst of his creative process and a self-reflective exploration and explosion of vérité filmmaking tropes, The American Dreamer is a mesmerizing journey into the private world of one of Hollywood’s most hypnotic directors/stars. Fortuitously timed, fantastically made, and virtually unseen, The American Dreamer is the great ’70s documentary you always wished existed.

Charlotte Flair on Goldberg, Hell in a Cell, Paige

Charlotte Flair on Goldberg, Hell in a Cell, Paige – Watch Our Interview With the 2-time WWE Champ and Support the More Than Pink…